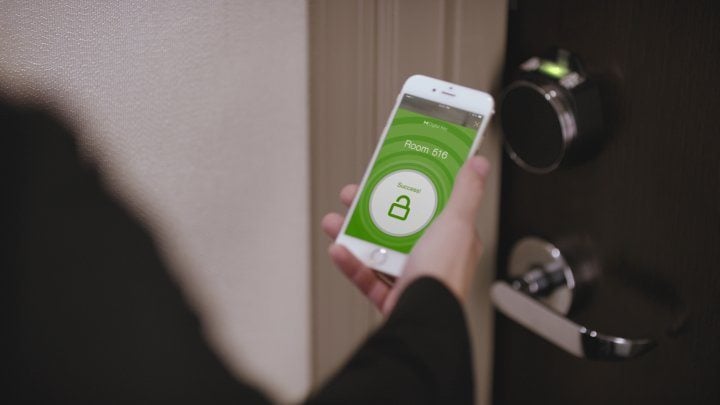 As part of new and innovative technology, many hotels over the world now provide the option for their customers to unlock their hotel door rooms by using their iPhones, or in some cases, even their Apple Watches. The Hilton hotel group was amongst the very first hotel chains to implement this idea, and the idea seems to have been proven a fruitful one for the hotel chain because according to Hilton, the security of the system has indeed been proven to be firm and strong.

According to Hilton, this type of security system is present in around 1700 hotels in both the States, and Canada, and hence the system has been used up to 11 million times, while there has not been a single breach of security ethic.

Such has been the success of the security system, that the company now also aims to implement the technology in the UK, aiming to achieve 100 online hotels by the end of the year. The technology was tested by some small hotel groups at the very start, with Aloft being amongst the very first adopters.

Hotels are not the only places inspired by such technology because now, even homes are using App-controlled door locks, with the August Smart Lock being amongst the very first on the market. HomeKit compatibility was also added to August Smart Lock, earlier this year.

Smart locks are becoming more and more prominent as time goes by because they not only provide firm security for your homes and rooms, but they also protect you against the hassle of always having to remember your keys, and save you from the trouble of you ever losing your keys.

Cable free elevator that can move horizontally and vertically