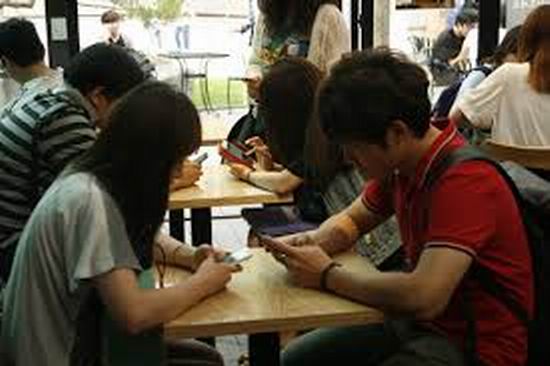 Smartphones are having an increasing role in the lives of teenagers these days, and after all, who can blame them? They have been exposed to the brilliance of technology that these smartphones come with since the start of their days, so it’s only natural that such devices are likely to take a toll on their lives.

The influence that smartphones are having on the lives of teenagers is more often than not a negative one. Research conducted has found that as teenagers spend more and more time on-screen, they become more and more depressed, lonely, and even have more thoughts about suicide.

The first generation to have smartphones in their adolescence has been children born in 1995, up to the point of 2012. Smartphones in their lives have resulted in a negative change of attitude, and drastic effects on their mental health, and their behaviours.

One of the most concerning parts of the research conducted has found that teenagers are spending lesser time hanging out with their friends in person, and are not socializing enough – as much as they should and maybe need to.

It has also been found out that there is lesser number of teens that are going out without their parents, and this declining number proves that the number of teens going out to parties, or even hanging out with some buddies has declined to a huge amount of extent. This declining number might also mean that the only time that teens feel obliged to go outside is when their parents command them to.

In around 2011, 2012, when smartphones really started to make their mark up on the market, there was an increase in the level of anxiety in teens, depression, and also, to a certain extent, a rise the in the level of jealousy.

So, exactly what should parents be doing in order to protect their children from risk factors that are associated with the heavy usage of smartphones, such as suicide and depression?

One method that might prove to be a success for parents is limiting the time that their children use smartphones. It has been found out that using smartphones for just an hour can lead the children to avoid such feelings, however, any more than that, then the teens may just as well be at risk.

Is the Samsung Galaxy Fold still not up to the mark?