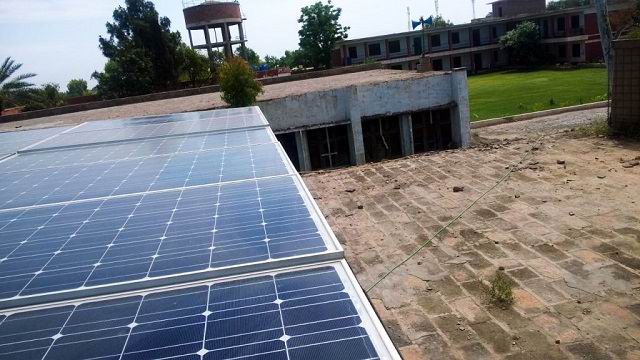 Shahbaz Shareef, Chief Minister of the Punjab has recently announced that about 20,000 schools in distant areas of the province will be transformed into solar energy.

In recent times, a meeting was held to assess the performance of Khadim-e-Punjab Ujala Program in Lahore; in that meeting, he said that 10,800 schools of Southern Punjab will be initially shifted to Solar Energy.

High officials of Education and Power Sector of Punjab government were also present at the meeting.

“The project should be completed with transparency, and delay in this regard should not be tolerated anymore,” said CM Punjab while addressing to the participants of the meetings.

In a developing country like Pakistan shortage in Power Sector is a huge problem and it has an effect on the educational institutes. This step by Govt. of Punjab will reduce the load of this sector which eventually leads to the growth of the country.

If Pakistan wants to get a good rank in the list of well-recognized countries in terms of educational developments then educational institutes require more projects like these.

Khadim-e-Punjab Schools Program was approved by Punjab Govt. under it’s Rs. 15 billion fund projects for rehabilitation of schools. The objective behind these projects is to construct classrooms in 16 districts of southern Punjab.

Another great initiative by Punjab Govt. is the establishment of digital libraries in schools and colleges across the province.

Werner Liepach, Asia Development Bank’s country director for Pakistan has said in a statement that Pakistan is true on track to end energy crises within two years. He went on to say that the time period could be more reduced but there are some other factors that would determine that.

The issue of load shedding was of topmost priority to the Nawaz government when they came into power and authority. The current government also seems to be interested in working on the construction of new dams, coal-fired power plants and renewable energy projects to overcome the energy crises in Pakistan.

Spirit of Math celebrates their Grand Opening and Open House in...