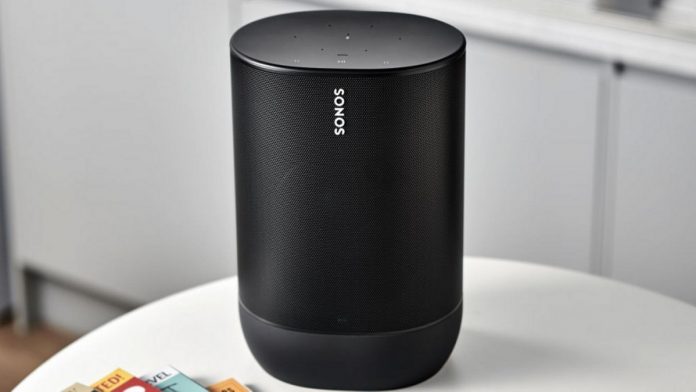 Sonos today sent out invitations to some”special event” that will begin at 1 PM PT on March 9. While the company has not revealed any details about the item that will be launched in the event, the invite suggests it could be a brand new battery-powered portable speaker.

The FCC records revealed that the system uses lower power compared to the Sonos Move, which means the upcoming speaker is going to be much more compact. Though the Sonos Move is one of the most effective smart speakers available on the current market, it isn’t truly mobile. In addition to Bluetooth connectivity, the approaching Sonos speaker will have Wi-Fi 5 support too. It is also expected to have a design layout, similar to the UE Boom and many other favorite Bluetooth speakers.

Besides the mobile battery-powered speaker, rumors suggest the company is working on a pair of noise-canceling headset. You’ll also be able to hand off music from the Sonos sound system to the headphones.

While little else is known about the cans at this point, Bloomberg asserts they’ll be priced around $300. However, the headphones aren’t expected to make an appearance at Sonos’ special event next month. Instead, they are likely to be unveiled at a separate event later this year.

US Customs Make a Joke of Themselves Seizing Oneplus Buds Thinking...