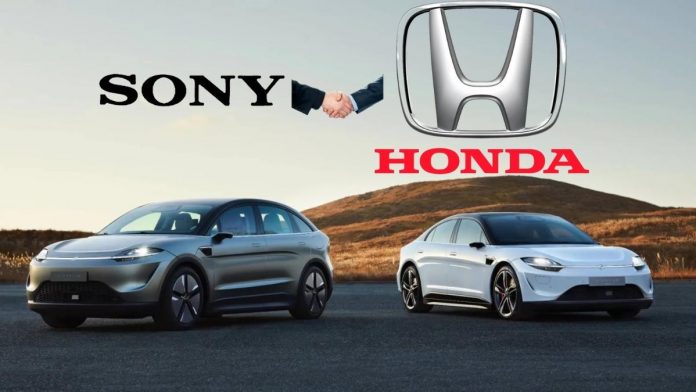 Sony and Honda have signed a joint venture agreement in order to create an electric car company together. The new company will be called “Sony Honda Mobility Inc.”, which gives Sony the top billing over the existing automaker.

The company will also be focusing on “mobility services”, following Sony’s January announcement about the creation of “Sony Mobility, Inc.”

Sony Honda Mobility Inc. was formed in this year. They plan to begin sales of their first electric vehicle and provide services for mobility in 2025.

“The new company will aim to bring together Honda’s cutting-edge environmental and safety technologies, mobility development capabilities, vehicle body manufacturing technology and after-sales service management experience, with Sony’s expertise in the development and application of imaging, sensing, telecommunication, network and entertainment technologies, to realize a new generation of mobility and services for mobility that are closely aligned with users and the environment, and continue to evolve going forward.“

We don’t yet know much about the Honda-Sony car or which platform it will run on. It is not yet known what the brand will be. Will it be “Sony Honda” or “Honda powered by Sony?”

Sony has made their EV ambitions clearer in recent years. They showed their VISION–S concept EV at three CES conferences.

Sony has presented their concept car in a series of presentations. They have focused on their software and entertainment expertise, to show that they can provide better technology services (including autonomous-driving) than traditional automakers. Their concept vehicle seemed more like a showcase for their software and entertainment skills than a way to actually build an electric vehicle.

It seemed like the might actually make the sedan and an SUV cousin. They stated that they were “exploring commercial launch” and had created a new company, Sony Mobility, Inc. to concentrate on their mobility and electric vehicle efforts.

However, Sony’s CFO said in February that They would not begin making batteries or vehicles and that they would prefer to focus on partnerships.

Soon after, Sony signed a memorandum d’ understanding with Honda to indicate their intention to collaborate.

Honda, like most Japanese automakers, has taken a long time to develop electric cars. They are making progress under Toshihiro Mibe (the former CEO and R&D head), but they still have a long way to go.

All new models will be electric by 2030… , but only in China. Honda in the US is still baffled. They claim that there isn’t enough demand for EVs, even though each new model is supply-constrained and not demand-constrained. The Prologue EV will not be available in the US until 2024. It will rely on GM’s Ultium platform, rather than a Honda-developed platform.

We are still the same people who were there when the memorandum was signed.

I was eager to see Sony join the VISION S, and multiple showings made it look like it might happen. It seems that they will be focusing on technology partnerships, rather than bringing the VISION S to the road, as we thought when the vehicle was first revealed.

We hope that the partnership can kick Honda into gear. Honda may benefit from having a partner to help them get on track, as they have been slow in getting things done.

Sony is another Japanese company. Japanese companies are well-known for their conservative business practices. Although Sony is a technology company, and can move faster than most Japanese companies, there seems to be a traditionalism in Japanese industry that has prevented them from trying new ideas in the EV sector. Recent research warned that the Japanese economy could be devastated by a slowdown in EV development.

Sony Honda Mobility’s joint venture with Sony Honda Mobility signals an intent to combine the strengths of two Japanese companies (Honda at #2 and Sony #11) in the hope that they can catch up to the rest of the world when it comes to EVs. Although we would like to see results before 2025 (which is a long way away), it is something. 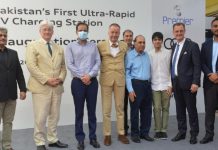 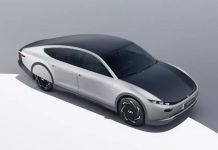 This solar-powered electric car can run for months without charging