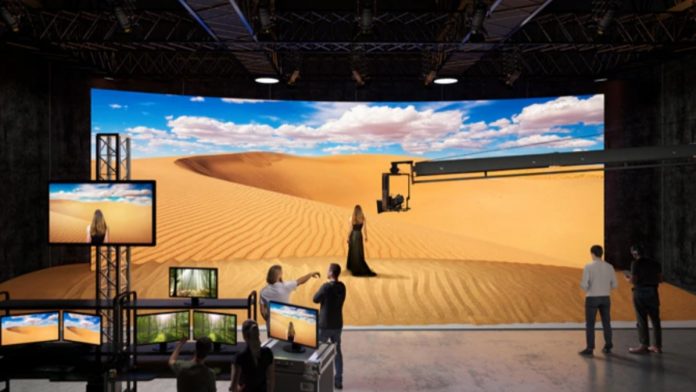 In the more recent turn of events, Sony has actually gone on to announce its new series of modular displays. These displays can actually be used to create digital movie sets – which of course is rather similar to the technology which was also used to create the popular Star Wars series in the Mandalorian.

Indeed in accordance with the official announcement coming in from the Japanese manufacturer, it is going to start selling its Mandalorian like virtual set displays. The technology of course resembles the digital sets which were subject to being used so as to create The Mandalorian by Industrial Light & Magic and Epic Games. These displays actually form part of Sony’s Crystal LED line, which actually arrives in the form of modular panels that go on and make use of MicroLEDs. To put it in rather simple terms : the modularity makes sure that these displays are stacked together so as to make one giant display – via the aid of only a bunch of panels and a controller. This helps in making virtual sets out of displays alone.

Just earlier in the week, Sony actually announced new modular displays that form a part of the company’s latest B series. The new panels happen to be marketed for movie production and make way with anti-reflective coating and also happen to be very bright. These displays can actually top out and operate at 1800 nits – and this happens to be even higher than the Apple Pro Display XDR’s 1600 nits. This high brightness also adds yet another benefit to film studios as it has the potential to offer the set more realism as the high brightness helps in creating lighting that makes it seem that actors are actually in the scene which is in the background.

Qualcomm is working towards a future where it can once again...

Make Your Own Maps for the best Gaming Experience with Free...