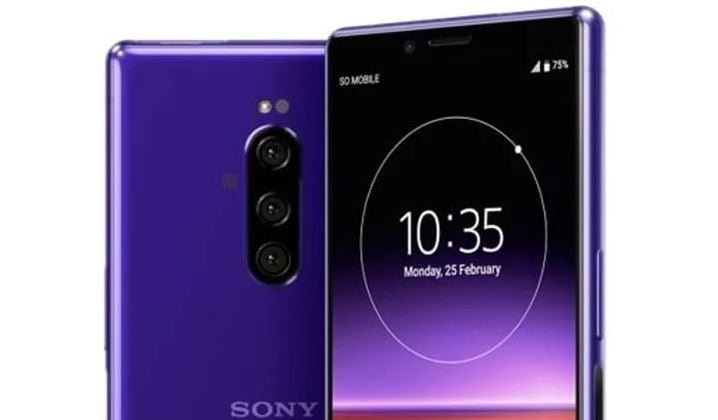 So a one company is all set to make a good return in the industry of mobile phones and accessories, the company have been launching some good phones this year with many others set to follow, Sony recently launched the Xperia 1 flagship phone which came packed with a massive 6.5-inch display which offers users an aspect ratio of 21:9. In addition, The Japanese tech giant had also launched the Xperia 10 and Xperia 10 Plus which are mid-rangepriced phones alongside the aforementioned device, Xeperia have been surrounded by a sea of rumors, one such rumor states that the company is planning to launch few more phones in the near future which is set to excite consumers. Furthermorea recent leak also revealed that the company are set to debut an a relatively up mid-range smartphone which will be known as theXperia 4 by end of May.

Moving on, new informationhas also surfaced online which reveals that the Xperia 2 is another upcoming phone from the mega company which maylaunchin between the Xperia 1 and Xperia 4.In addition, the Xperia 2 may come equipped with a 6.2-inch CinemaWide display which will offer an aspect ratio of 21:9 along with a screen resolution of 2880 x 1234 pixels. The handset is reportedly measured at  161 x 70 x 8.1mm.

Must Read: Samsung Galaxy Note 10 expected to arrive with a button-less design

Furthermoreit is also widely anticipatedthat the this device may be powered by the Snapdragon 855 chipset coupled along with a 6 GB of RAM. The new device may be fueled by a 3,000mAh battery which will be equipped with support for wireless charging. The handset is however, unlikely to feature a 3.5mm audio jack.

Finally the new device is expected to feature a triple camera setup but as of the moment we have no information on the capabilities of those cameras. Probably, one of the them could be a ToF (Time of Flight) sensor. So this is all the information we haveon the device’s specifications, but we will soon get more insight in to the device as more and more leaks and rumors surface online, we will definitely keep you updated.