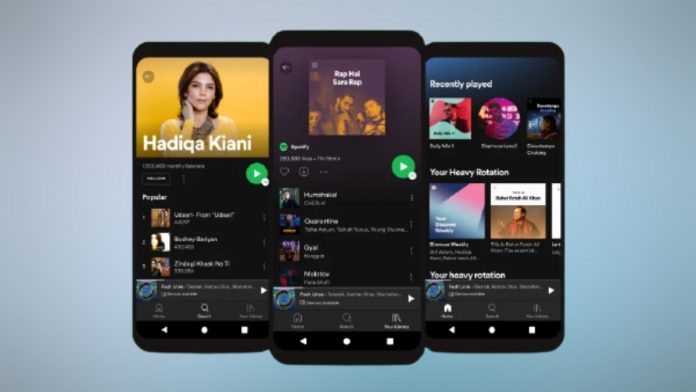 Spotify has announced their plans to expand in to various markets all around the world as they make plans to launch the famous music application in 80+ new countries which include Pakistan, Bangladesh, Nigeria, and many more. Once the music streaming application is launched in these new markets, it will be available to more than a billion people all over the globe which will help Spotify to access the huge amount of potential consumers in such markets. Spotify said on the matter that “We launch in 80+ new markets over the next few days. See you soon Bangladesh, Pakistan and Nigeria”.

Even though Spotify has quite a few potential rivals already operating in the market including YouTube Music, Deezer, Apple Music, and others, Spotify continues to be a fan favorite due to the vast music library that they are able to bring to the table. The Swedish music service is also very well known for giving its users spot on recommendations on music which we as the user may enjoy and it also has ton of pretty interesting features as well.

“Listeners enjoy Spotify because we introduce them to music to fall in love with—including music they might not have found otherwise. In fact, Spotify drives 16 billion artist discoveries every month, meaning 16 billion times a month, fans listen to an artist they have never heard before on Spotify. We’re proud of that and are actively refining our algorithms to enable even more fan discoveries of new artists each month.”