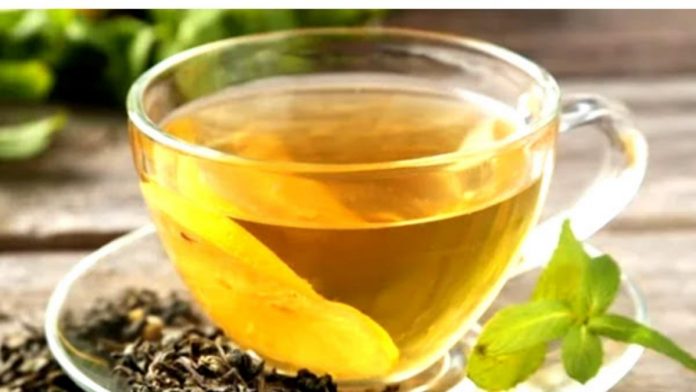 Secretary for Planning, Development and Special Initiatives Ahsan Iqbal advised the nation not to drink an additional cups of tea, as tea, a major import item , is responsible for half a billion dollars each year.

The news received immediate attention and was widely debated, but the reality is that we have two options or alternatives, either to cut down on the amount of tea consumed or increase the home-grown tea production.

After seeing the responses from citizens, Iqbal visited the National Tea Research Institute (NTRI) in Shinkiari, Mansehra to see and appreciate the potential of the tea plantation in Pakistan.

He said he will implement a comprehensive strategy for commercialisation of tea cultivation in Pakistan. He also praised the current environmental conditions that are suitable to tea cultivation and the producing high-quality tea.

It wasn’t the first time dignitaries had made a visit for dignitaries to the station , as in the early 1990s, Nawaz Sharif visited twice and declared an announcement of commercialisation for tea grown on private lands. In 2001 general Pervez Musharraf also visited the NTRI and announced the commercialisation of the tea plantations.

Pakistan is among the top tea-consuming countries with total imports of $590 million. The Food and Agriculture Organization (FAO) stated that Pakistan had a per-capita consumption of 35.8 percent from 2007 to 2016 was one of the top seven tea drinking countries.

Tea has become an important import commodity and is consuming a significant sum of money from foreign currency each year. To achieve self-sufficiency with tea production, the government has agreed to a tea cluster as part of the plan for transformation of agriculture that was released through the Planning Commission in 2020.

Since tea processing and plantation have been productive in the northern part of Pakistan and northern Pakistan, commercialization under the market mechanism needs the attention of the political and bureaucratic decision makers.

While there is evidence that Pakistan Agricultural Research Council (PARC) has set up and managed the tea research center over 50 acres, along with black and green tea processing facilities with the financial and technical assistance from China at Shinkiari however, business has remained silent.

The team of tea experts examined 64 locations within Hazara and Swat and discovered about 64,000 hectares suitable for tea cultivation within Mansehra in the course of the soil survey that ran from 1986 until 1989.

To date, Pakistan has not seen tea in the commercial market for the past three decades since creation of NTRI and Unilever Tea research stations at Shinkiari.

As tea plantation in Pakistan is socially acceptable, economically viable and environment-friendly, it offers a great deal of opportunities to embark upon.

The major economic and social benefits include creating jobs for millions of young people who are not employed and the provision of a nutritious and rich beverage, as well as self-sufficiency in tea production that will, not just assist in the mobilisation of resources but also help reduce the massive expense of $590 million on imports of tea each year.

The main obstacle to tea’s commercialisation is the lack of land in one location for establishing an estate for tea. The fragmentation of land due to succession of inheritances has reduced the private ownership of land to a minimum, and this isn’t enough to establish an commercial tea estate.

Alongside other intense field operations, clearing land and water development could require funds that nobody can afford to invest in the production of a crop that will require investments for the first five years until the plants are able to bear leaves for plucking on a commercial scale.

Technology, including blend and processing equipment needs to be imported to start tea processing on commercial scale.

The major tea producing nations like Sri Lanka, Kenya, Indonesia, India and Bangladesh have contracted well-established tea estates which are owned by their respective governments as well as in order to private investors to be commercialized. In this way, these countries have been able to establish Tea estates that are commercially available.

The best way to go forward for Pakistan could include the establishment of a tea plantation already accepted by the government as part of the plan to transform agriculture. The governments from K-P and AJK should determine suitable waste areas for leases over a long period to potential tea growers in a simple manner.

CPEC will also offer financial and technical support under B2B to facilitate the marketing of tea. It is the responsibility of government officials in Pakistan along with K-P as well as the K-P and AJK administrations are required to provide all the support needed for private tea growers.

Alongside additional incentives for the public, they should provide at least a 10 year tax-free scheme to encourage the growth of the tea industry. It should also permit duty-free import of tea that is raw to blend, and the import of tea machinery, and make it easier to export tea.

In this is how Pakistan could enjoy its locally grown tea commercially and eventually eliminate the enormous foreign exchange expense on imports of tea.

It’s quite possible with an enormous area that is suitable for tea cultivation. Pakistan will not just meet its own tea requirements , but it will export its tea as well of top quality.

The author holds a PhD of Natural Resources Management and served the K-P forest department prior to becoming a civil servant.