Wireless gaming mouse launched by ASUS in China. The ASUS ROG WarBlade 3 AimPoint 36K wireless gaming mouse has been officially launched in the country bythe company. There might be some of you out there who wonder if this is the name of the gaming mouse that appears in some long texts! That’s all there is to it, so let’s move on. Wireless mice come with all-new updated and gaming-oriented designs, a better grip for a longer period of time, and a variety of other features to make them great for gamers. Taking a closer look at the gaming accessory in more detail, let’s find out more about it.

READ MORE: New features for Android and Wear OS are announced by Google

The mouse is designed in accordance with the brand’s unique blade series. The mouse was designed with the needs of right-handed users with hands ranging from medium to large in size in mind.

In addition to supporting 2.4GHz, Bluetooth, and wired three-mode connections, this product is also capable of linking three devices simultaneously, and it can also be powered through a USB cable as well. If you are looking for a gaming mouse, those are some really good specifications to consider.

Additionally, the ROG Blade 3 AimPoint 36K wireless gaming mouse has a ROG mechanical micro-movement that has a 70 million click life and is compatible with 3-Pin and 5-Pin Omron mini. The mouse will be offered in moon-white and dark night colour options. The cost of the former colour variant is CNY 599 ($85), whereas the cost of the latter is CNY 649 ($92). 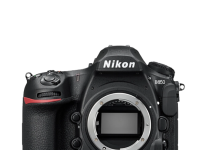 With Windows On ARM, MediaTek sets its sights

The Fire-Bolt Ring Plus smartwatch goes on sale in India, featuring...