Suzuki Pakistan just announced another price increment to its complete lineup. According to the notice, the retail prices will increase up to Rs. 30,000 from 1st June.

It is important to mention that it will be the third time in 2018 that the auto assembler will jack up prices due to the variable fluctuation of valuation and devaluation of rupee.

Regarding the price hike, company has already sent a notification to its dealerships with the updated prices. According to the notice, new prices will be in effect starting 1st of June, 2018.

“The price hold will not be considered for old pending orders who have failed to deposit their balance payment within due date.”

In the above price chart, all prices in price are ex-factory, and have been increased by Rs. 30,000. About 3 months ago, the company reported its previous price hit. Moreover, just like before, the latest price climb is also being credited to the Pakistani rupee’s declining value next to USD.

The company claims that when the value of rupee drops, its import cost for raw material and other components also increases to an extent. In order to cope up with this situation, the company has to acquire additional costs to assemble a unit before selling it to consumers as they import most of their components instead of producing them locally. 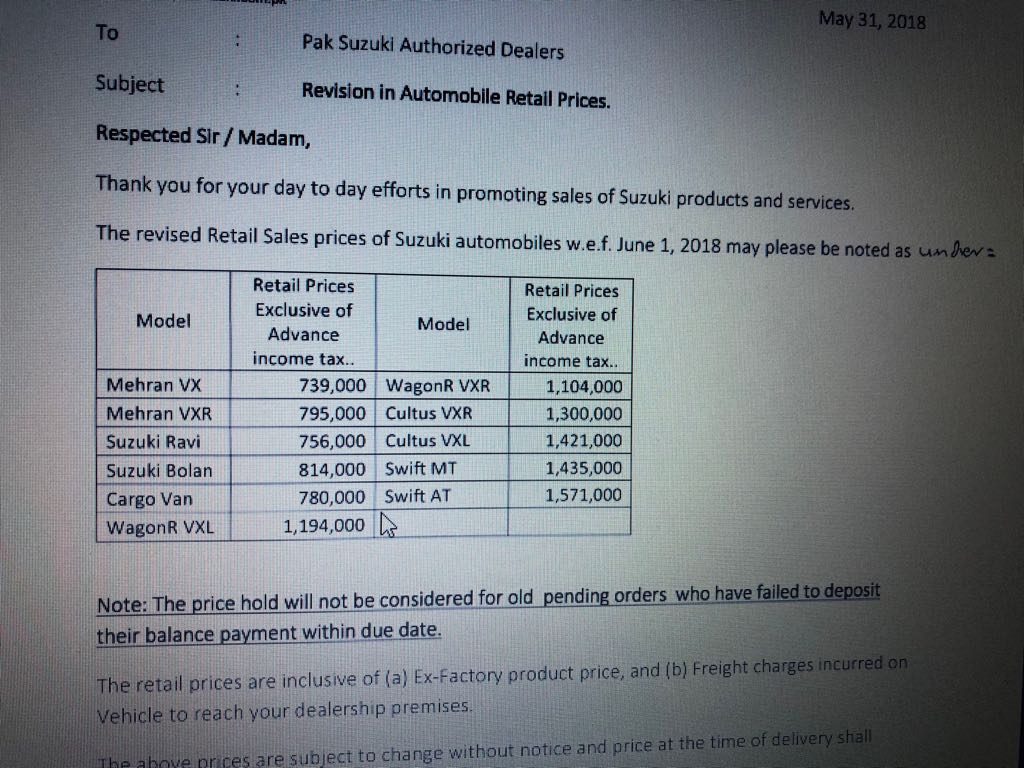 On the other hand, just like previous condition, other local assemblers Toyota Indus, Honda Pakistan as well as Al-Haj FAW are greatly expected to go with the decision and pursue suit.

Bonanza Satrangi signs up with Muzaffarabad Tigers as their official partner...