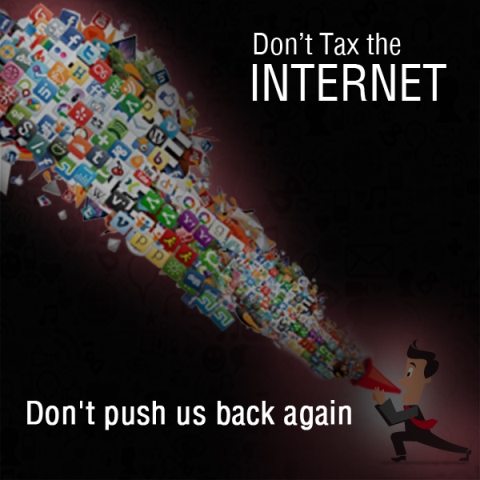 What will you do if you are compelled to pay 19.5% extra bill, out of the tax increase in internet bill?

Definitely, if not skipping the use, you will lessen the use of the internet. And such happenings have been started in Punjab as the people of Punjab had to pay 19.5 % extra amount for their internet usage.

3 months ago, Punjab government officially announced the 19.5% taxes on all kind of internet including 3G, 4G, DSL,  though Dr.Ayesha Bukhsh,  Finance Minister for Punjab did not mention any such kind of extra duty and the official announcement of Punjab govt was expected to be canceled.

But now, against their expectations,  people of Punjab have started paying 35 percent internet taxes with the inclusion of 19.5 %  in the earlier 14 % tax deduction, making the bill about one-third of the actual internet price.

However, the students,  who are using students package and paying 1500 per month are exempted from the new tax deduction.

It is not the only the public view, but also the officials of the mobile phone companies have confirmed that the users of the internet are expected to cut down the usage of internet and Pakistani economy will be affected badly by this tax imposition.

With the imposition of the more tax on the Internet usage, Punjab government has proved to be no more interested in the digitalization of Pakistan and people are criticizing this step of govt.

Too much tax imposition on the already available 3G and 4G services is enough to prove that there is no more need of 5G services in the country. Because with the decrease of internet usage, it is not impossible for the internet companies to prove their authenticity of signals.

The tax imposition that has been started from 1st of July this year, is a great risk for the economy of Pakistan.

Don’t forget, Pakistan has become one of the fewer countries that have imposed a tax on internet usage.

However,  the same tax was imposed previously in 2014, but could not survive because of the severe backlash,  and the amount was decreased.

Addition of 40 million new Internet users during the last three years will be severely affected by the tax amount and instead of increase, internet usage is likely to be decreased.

realme Saves the Date for the launch of realme GT Master...

ACCA calls for a more inclusive approach to economic recovery