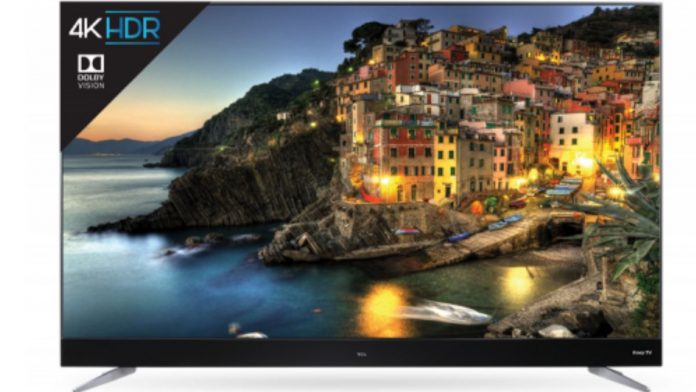 Over the course of the past few years, we’ve come to know quite a bit about TCL as a brand and what it has in store for all its customers. The company has cemented its place as being one of the biggest supplying companies in the world of television and has enjoyed great success not only in Pakistan, but also in foreign markets such as that of the United States. A large amount of success that has followed the company is courtesy of the prices that it offers. Indeed the proposition of purchasing flagship televisions at half the price that some of the other companies command is certainly an attractive proposition for most – a strategy which has been quite successful for the company.

Not more than a couple of weeks ago, TCL proceeded on to launch its latest C8 series 4L Ultra HD Smart TV in Pakistan. The series runs on Android TV platform.

The TCL C8 has always focused on flagship specs and while the same is the case with this year’s C series, however, this time, with better picture quality than when compared with last C series. The latest C series from TCL happens to be divided into two televisions : one of which features with a 55 inch display integrated within and brings about a price of PKR 127,900. While the other features with a display of 65 inch and commands a price tag of PKR 185,900.

Here, we’ll have a look at what TCL has included within its C8 television and whether or not it worth your money. To begin with, we’ll have a glance at the 55-inch variant of the TV and see exactly what it offers.

Within the box is included is a main foot rest, and of course includes all of the other essentials that you would expect : including a very tiny remote, an AV to 3.5mm adopter, a screw set for desktop mode, a standard power cord and along with some regular paper work.

The TV features with a vast majority of key features. These range from the likes of Dolby Vision, to the likes of Wide color gamut, as well as built-in Netflix as well as YouTube.

The TV arrives with a rather slick as well as a modern design – nothing short of what you’d expect of a 2020 TV. The top part of the TV is quite slim, however, the same cannot be said about the bottom part as it features with all the essentials for proper working inside. While the top front of the TV is not at all fully bezel-less, the bezels are still quite thin and not at all as noticeable that one might be left disappointed. The same however cannot be said about the bottom of the TV as the bezels found here are rather noticeable.

The bottom part of the TV is not bezel-less courtesy of the sound bar that is located there. Within the sound bar is also found the branding of Onkyo. If you aren’t familiar with Onkyo – it is a Japanese company that specializes in home cinema as well as audio equipment.

The display of the C series features with rich colors and a resolution of 3840 x 2160 resolution with the display showing sharp contrast and also being very impressive as far as brightness is concerned. The display covers around 90 percent of TCI P3 color space. While the frame rate of the display integrated within the TV still happens to be limited to 60HZ, it comes with MEMC technology which refers to Motion Enhancement and Motion Control. The basic purpose of such tech is to remove blur as well as provide sharper picture for video content recorded on high frame rate.

While the MEMC technology isn’t always welcome especially when scenes within a movie are perhaps recorded at 24fps, credit where due because TCL has really found its way by introducing the tech for better situations as well as doing its utmost to maintain picture quality – successfully!

The sound quality especially has impressed more than a handful of people – especially when taking into consideration the price tag of the device! The TV features with ONKYO’s 2.2 sound bar : which includes two speakers and two sub woofers. Also, the system goes on to support Dolby atmos, which of course works best on an external sound system. Nonetheless though, the sound is loud and very impressive!

The TV happens to be powered with a quad-core CPU. There happens to be a Mali 470 GPU placed inside along with two gigs of RAM which is coupled with 16 gigs of internal storage. While the gaming experience to be found within the TV is not at all bad, you should be looking for external sources if it is a very good gaming experience that you require.

Overall performance though of the TV is actually quite good. The overall transitions are smooth enough.

There is enough evidence to suggest that with the price tag in mind, the TCL C8 is one of the most price efficient TV out there. Coupled with an extremely impressive display comes an even more impressive sound system, smooth performance and also a rather decent design.

HUAWEI Y Series Revolutionizes the Entry-level Segment with the Introduction of...