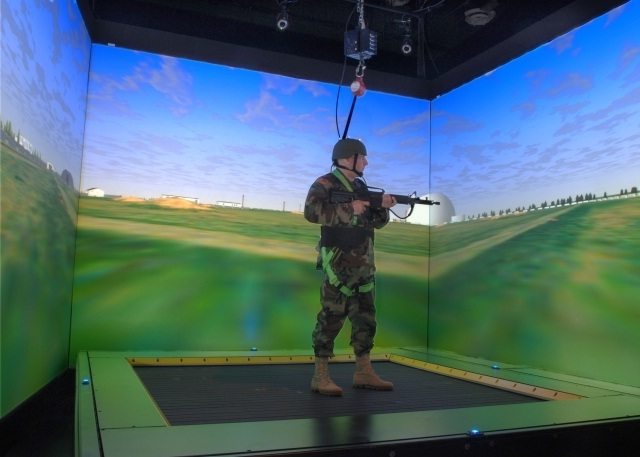 Holography is a method of producing a three-dimensional image of an object by recording on a photographic plate or film the pattern of interference that is formed by a split laser beam and then illuminating the pattern either with a laser or with ordinary light.This is a useful technology, but in some case faintly disappointing too.

For the people not much concerned with the holograms, these are the blurred images that act as security features on credit cards, passports and banknotes. But Holography have many uses beyond this.

Projecting 3D art displays in museums, enabling measurements to be made with great precision by a technique called holographic interferometry, and assessing the three dimensions of packages for shipping companies are the uses of  holography.

In the existing holographic technique:

A laser and special equipment is required to project high quality holograms that are required for applications and quotidian credit-card variety.

3 lasers are required for colour holograms; each for primary: red, blue and green. Always the result is not persuasive, and it is hard to get overlap the perfect primary holograms.

A darkened room is required to see the picture.

Dr Rajesh Menon, an engineer at the University of Utah, eyed up butterflies, the bright blue morphos found in Central and South America to reach out at a technique that will turn the fantasy of holographic TV into reality.

The charming butterflies in the picture are not the product of pigment,  but the arrangement and structure of the scale on morpho’s wings.  The scales,  that arranged the butterflies refract light by splitting it into its component wavelengths. Also the scales diffract the light so to cause different wavelengths to interfere with one another that results in intensified blue wavelengths that reflect back to the onlooker while the other colors are cancelled out by each other and scattered to minimise.

From each angle you see, the morpho’s colour and appearance remains unchanged.

Dr Menon describes in a paper published by Scientific Reports that how he alongwith his team created more realistic and usable holograms with a technique that will turn the fantasy of holographic TV into reality.

These are the outcome of split of a laser beam in two. One of the half beams scans over the object to be holographed, then re combines  the other half beams and then captures an image created by the recombined beams on a photographic film.

An interference pattern imprinted on the film is resulted out of the devided beams. Shining a light of the same frequency as the original laser on the paper will consequently reverse the process, producing a 3D representation of the original object.

Dr Menon diversifies the process and:

Takes out a technique that will turn the fantasy of holographic TV into reality.

In this technique, Menon:

Dispenses with the laser and uses multiple images.

Not a smooth film, but a sheet of transparent plastic with microscopic bumps and grooves is used to capture holograms.

Bumpy pattern is not the created photographically but it is produced by calculations of computer.

(1) He takes multiple images of the object to be holographed, taken from different directions. The images can be taken from stereoscopic camera, or single camera moved around to different vantage points.

(2) The images are fed into a computer, where a specific algorithm calculates that in which way to arrange the topography of the plastic sheet.

This design will manipulate the light used to illuminate the sheet to create the desired 3D image.

Grooves and bumps of the sheet works as scales of a morpho’s wings that refract and diffract light to produce the desired effect.

(3) After the computer calculates the topography,  that topography is inscribed onto a master version with help of photolithography.

(Photolithography is a technique employed to make computer chips.)

(4) Master version can also be used to stamp multiple copies of the hologram, to make vinyl records.

Merits of the new technique:

The resulted image  does not require the lasers to recreate the image, as you know ordinary light is used in the making of the image, instead of the laser light. A torch or a beam of white light will serve you here to generate holograms with a full spectrum of colours and with a richness estimated about ten times of today’s most sophisticated holograms.

These holograms can be viewed without distortion from all angles, costing a fraction of the production of the existing techniques.

The future of the new technique:

Dr Menon and his team is focusing on the kind of holograms used as security features, although they have earlier created the holograms of 3D objects in free space.

Dr Menon with his team is working to make holographic movies with the help of phase spatial light modulators that are directly controlled by the outputfrom the hologram-generating algorithm. Instead of bumps and grooves, such modulators deploy liquid crystals on a surface to manipulate light.

If Menon’s idea is made to work,  the fantasy if holographic television will no longer remain a fantasy, consequently portraits of the heads of the stateand other worthies will pop up very soon to greet the user as they are the creation of his own.

Alexa rolled out by Amazon to its Android shopping app