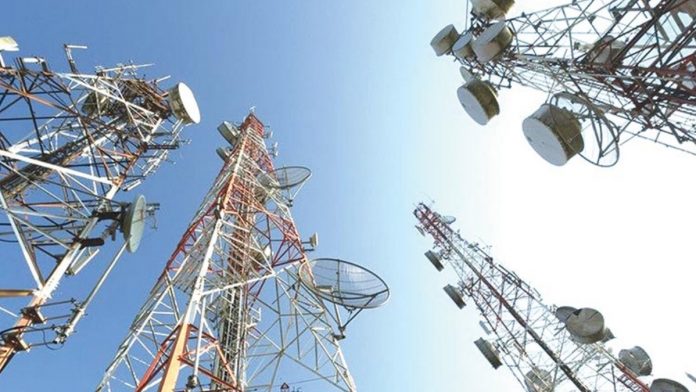 Telecom sector has emerged as a prominent contributor to Pakistan’s economy and the sector contribution to the national exchequer has shown an increase of 129% in year 2020 when compared to year 2019, despite economy being under pressure due to COVID effects. As per Pakistan Telecom Authority (PTA) Annual Report 2020, released here today, the sector contributed PKR 278 billion (including PTA deposits to national exchequer) in FY 2020 as compared to PKR 121 billion in FY 2019 registering Year-on-Year growth of 129%.

A surge in demand for telecom services due to lockdown resulted in significant growth not only in subscriber base but also in the usage of telecom services. Today, data usage stands at 4,498 Peta Bytes(FY2020) as compared to 2,545 Peta Bytes (FY 2019) showing a growth of over 77%. This substantial growth would not have been possible if the networks were not upgraded. The country currently has international bandwidth connectivity of 3.1 Tera Bytes and around 47,000 cell sites, of which 90% are 4G enabled sites.

According to the PTA Annual Report, in the last five years, total broadband subscription in the country grew by 175%. Today broadband subscribers have crossed 90 million showing a growth of around 8% in FY2020. Pakistan has a total broadband penetration of 42.2% in FY2020. The telecom networks are currently available for 87% of the population and PTA is working with operators to increase their network coverage for remaining 13% unserved people of the country. The total teledensity now stands at 82% with over 172 million mobile subscribers and 2.2 million fixed-line subscribers.

In 2020, the Foreign Direct Investment (FDI) across the economy was affected due to global lockdowns, however, telecom sector made an iconic share of 25% (USD 623 million) in the total FDI made in the country. Total investment made by the local operators grew by 14.25% and a total of USD 734 million were invested locally. Total revenues of the sector reached PKR 537 billion in FY 2020, which was mainly generated by mobile sector. The financial gains have been equally enjoyed by telecom consumers, the affordability of telecom services in Pakistan have improved over the years and currently the per GB broadband prices are as low as USD 0.20 which is amongst the lowest in the region.

Must Read: WhatsApp to replace Archived chats with “Read Later”

Similarly, due to Device Identification & Registration System (DIRBS) introduction government revenues increased many folds with tax collection on handset imports. The local manufacturing of handsets have enlivened the telecom ecosystem, with growth in local 4G device manufacturing crossing 34%. Pakistan experienced trials of 5G services which were one of the few firsts in the South Asia. PTA is aiming for spectrum auction of LTE, VoLTE services in 2021 as a precursor to 5 G. The regulator is also gearing up for auction of spectrum for high speed broadband services in AJK & GB.

PTA Annual Report informs that the regulator this year awarded 110 licenses for different telecom services and issued 91 commencement of service certificates to the operators. PTA conducted QoS surveys across Pakistan for data, voice and SMS services and the operators were directed to take corrective measures where they underperformed. PTA conducted number of successful raids against illegal VoIP setups this year to curb grey telephony.

The Annual Report further revealed that PTA was ranked as 4thgeneration telecom regulator by the ITU, which places PTA in top five regulators of Asia-Pacific region. The Pakistan Citizen Portal recognized PTA as the best performing organization in complaint redressal satisfaction. The above performance is a testimony that the sector and the regulator are moving in the right direction under the continuous support and guidance of the Government of Pakistan in the form of prudent policies and directions that spur the growth of digital technologies.

While commenting on the situation arising due to Covid-19, the Annual Report further added that year 2020 was an extraordinary year around the world, unexpected, unforeseen and unanticipated events unfolded and changed the way world was functioning. The new normal, replaced focus of the world on telecoms and digitalization, the global telecom sector responded to the demands and so did Pakistan. Being at the forefront, while the country was acclimatizing to the changed conditions towards normalization, PTA assured network upgradations, traffic optimization, load balancing that resulted in uninterrupted service provision.

The Hummer is Back, and Back With a Bang it is!