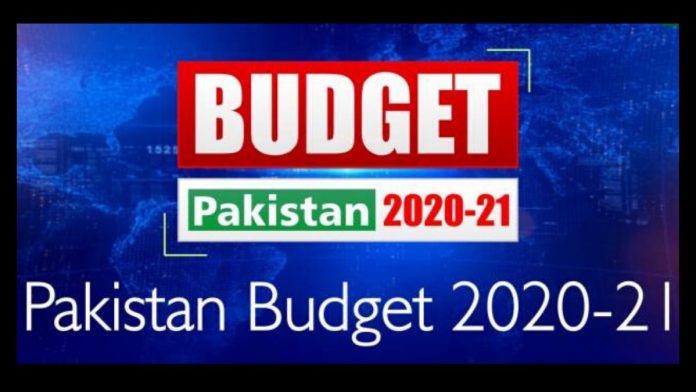 With coronavirus taking over the country as we know it and the number of cases of people being infected as well as the number of deaths seemingly on an exponential rise, the Pakistan budget for 2020-21 has now been announced. Indeed as the budget prioritizes the need to tighten up some of the proceedings that have been going about within the country with a fair share of freedom, the target is certainly there : increase tax revenue by more than 27 percent to Rs.4.963 trillion – unfortunately though, while the sights have been set, there doesn’t seem to be an discernible revenue plan behind it.

Hammad Azhar, who happens to be the Minister of Industries and Production proceeded on to announce in his budget speech in the National Assembly that there will in fact be no new taxes introduced in this budget and by delivering the speech, he also became the very first person in the country’s history to deliver a speech concerning the budget while wearing a face mask.

As the speech was given out, as you might have imagined – there were in fact loud protests from the opposition that without a doubt would have presented itself in larger number than what was on show – all of course as a result of the ongoing social distancing measured being observed in the country as well as in the parliament.

It seems though that the motivational factor surrounding many businesses will be taken away as it has been announced in the budget that subsidies will be cut down by 48pc, while there will be seen a hike in petroleum levy – that by almost 73pc. On the other hand, some of the government officials weren’t met with the best of news as it was also announced that there will be a freeze in salaries and pensions.

While it is now expected that most of the expenditure items will indeed go down as far as the next year is concerned, many – especially those who oppose Prime Minister Imran Khan and his administration have been outraged by the fact that spending for debt servicing and defence expenditure will actually see a rise. Also interesting to note is the fact that in and around Rs. 70bn will in particular be spent on Covd-19 related schemes so as to provide opportunities as well as support the living of those who have been affected the most by the disease.

Must Read : Government of Pakistan Cuts IT Budget for 20-21

As he continued on with his announcements, it was further announced by Mr. Azhar that there will in fact be seen a reduction in both duties as well as taxes. Further it was explained by an official that the budget has been prepared in such a way so as to pass through the Financial Action Task Force (FATF) and put on track the IMF programme over the course of the next quarter as the country continues to struggle against and contain the economic stress that has presented itself due to the pandemic. Continuing on the theory, it was pointed out that the target has been set to then follow up with more than Rs.700bn revenue plan sometime in September and October. In and around the figure of Rs350bn was actually expected to accrue through 2.1pc economic growth and 6.5pc inflation.

This was the reason then presented by the Minster himself so as to why there needs to be a expansionary fiscal policy which needs to be followed so as to overcome the crisis situation which threatens quite a bit of the economic growth rate. He highlighted some of the key nodes of the budget strategy : these ranging from the likes of a successful continuation of the IMF programme, to the likes of providing relief to people, as well as balancing between Covd-19 expenditures and also the budget deficit.

As we move towards the idea and the possibility of an expansionary fiscal policy, it is only likely that the Rs.650bn there for the sake of the development budget will only go on to help increase the growth rate as well as be the reason for generating jobs and encouraging the construction sector while all at the same time giving importance to national defence as well as internal security and of course going on to improve revenue without there being any need to impose any unnecessary changes to taxes. The defence allocations have seen an increment of 12pc – rising from Rs1.152tr to 1.289tr. As far as the industrial sector goes – it has been offered facilities that come in the shape of reduced tariff lines.

Another method thereby which the reduction of fiscal burden has been identified is by the privatization of around 43 institutions as well as the abolition of around eight non-financial institutions along with the transfer of 14 others to the provinces and the merger of 35 institutions. This idea has been proposed by a particular task force on austerity and reform – as confirmed by the minister himself.

All in all, the target for the next year revenue has been identified as being Rs.6.573tr – most of which will be accounted for by the FBR while non-tax revenue has been identified as Rs.1.6tr. On other hand, the size of the federal budget has been set out to be Rs.7.137tr – this representing a figure almost 11pc lower to that of the budget estimates of the years 2019-20. Power sector subsidies will see a decline from Rs200bn to Rs124bn next year : cementing a fall of 38pc.

Ahead of the January 28th launch, we see the design and...

The Snapdragon 888 Pro is Already Being Tested by Chinese Manufacturers