The rise of the digital health startups is without doubt continuously on the up – evident by the sums of money raised over the past couple of years. In 2017, $11.5 billion was raised by the industry – a dramatic increase over the $8 billion that was raised three years ago in 2016. These numbers also supported the claims that the digital health industry will enter a more mature phase in between 2017 and 2024. It is only reasonable to imagine that with the early stage deal activities having being fueled by a start-up wave which is likely to make way for new investments on a more global basis – the digital health industry trends are only likely to transform in the coming years.

Indeed, many anticipate that the upcoming years will represent quite a dynamic time period for mergers as well as acquisitions – with the funding of activities along with experimentation making room for greater advancements which take place in the digital health market.

Must Read: TOYOTA YARIS TO BE CHOSEN AHEAD OF VIOS FOR PAKISTANI MARKET

The exponential growth in the industry that has been witnessed in the industry has only been boosted by the augmented development which has been witnessed in terms of technology. The prime example of this is that a patient can now schedule an appointment with their doctor, seek medical advice, view medical records and even fill a prescription without ever having to leave the house. With robotics revolutionizing the industry with the transformation of surgical procedures as well as 3D printers being used to print human organs, it is needless to say that the healthcare industry has indeed come a long, long way.

While the expansion that has been seen in the industry has been on a quite global scale, there are specific parts that have especially been quite involved. For example, London made its way onto the top of the list as the city ranked number one when taking into consideration the sheer number of digital health deals which were made in 2017 : 22 deals that were worth $189 million. In terms of revenue, Beijing came out on top as digital companies raised a whopping $647 million in the city. Other cities too were involved, as Paris, Shanghai, Bangalore and Toronto all managed to raise more than $100 million. 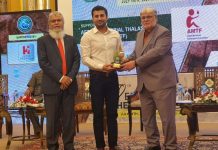 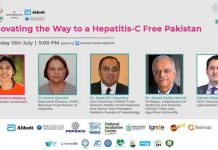 Innovating the Way to a Hepatitis C Free Pakistan 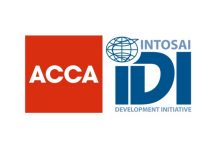