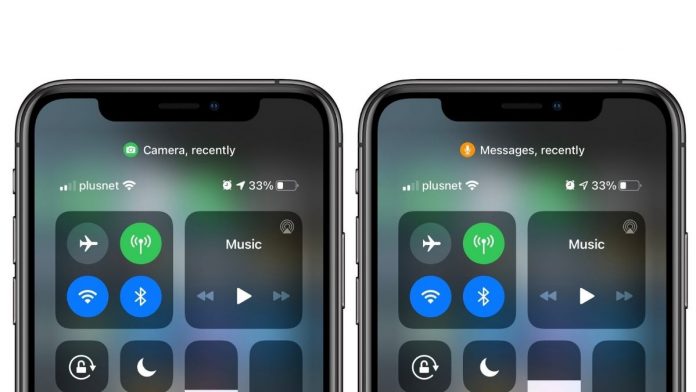 If you have already updated to the iOS 14 or indeed the iPadOS 14, then you might be wondering as to what the green or orange dots that sometimes appear on the screen mean. These dots are in fact not a result of any strange bug, and happen to make their way on the corner of either iPad or indeed iPhones.

These dots are in fact there to help protect your privacy. Indeed when they make an appearance, it means that certain features on your device are in use, and hence it’s important to look for them.

Apple takes great pride in the fact that the company genuinely cares about the privacy of its users – and it expects something of similar sorts also from third party app developers.

In the more recent iPad and iPhone updates, the company bolstered its privacy protections – making it even more difficult for apps to access our data or indeed features on our devices without our knowledge and consent.

iOS 14 and iPadOS 14 proceed on to take these protections a step further with those little green and orange dots. Indeed while they do not look like much, they play an important role so as to keeping third-party apps in check.

These dots appear when the camera is being used for instance and hence are important to users when indeed it’s not obvious so as to why they are appearing in the first place. Indeed without authorized use, these dots would mean that there is the possibility that an app is “listening in” without your knowledge.

It’s also of course important to note that at the end of the day, the possibility of there being a bug does exist. This is especially the case where you have an app installed that does appear to use your camera or microphones when it shouldn’t be.