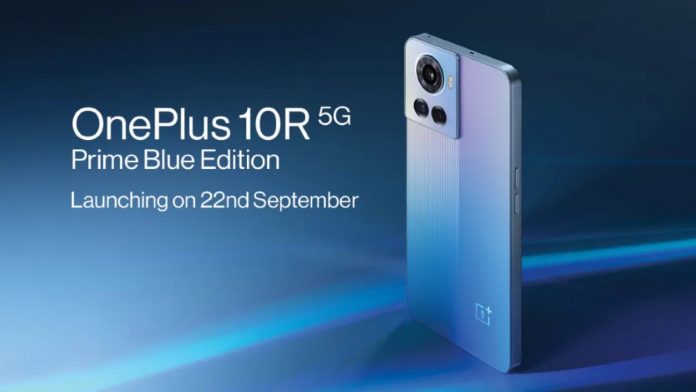 The OnePlus 10R Prime Blue Edition has a primary camera of 50MP at the rear. It is coupled with an ultrawide 8MP and an 2MP macro camera. It also has an embedded camera of 16MP inside the punch hole of the screen to take video calls and selfies.

The standard 10R is available as 150W and 80W versions, with 4500 mAh and 5,000 mAh batteries according to. Although Amazon.in’s promotion page stated that this 10R Prime Blue Edition will come with a battery of 4,500 mAh and support charging up to 150W but it actually packs the 5,000-mAh battery that can charge with around 80W.