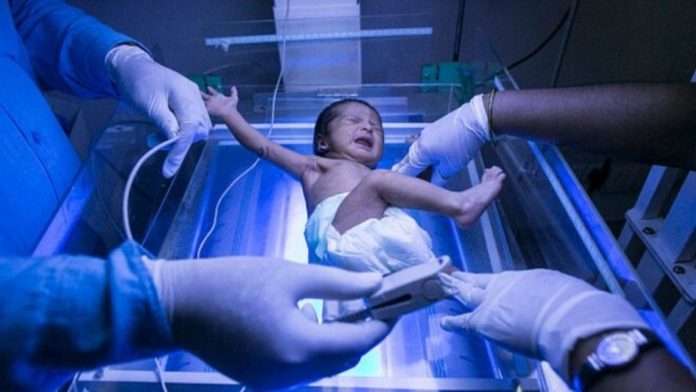 A first-time parent couple traveled the deserted highways of India to see their newborn baby.

It’s mid-April. It was a time when India was under severe lock down to stop the spread of the corona virus and almost everything in the country was closed.

Police stopped the couple at police checkpoints, checked their identity cards and asked why they were traveling on the road during the lock down.

“We’re going to see our firstborn,” he replied.

Police were staring at the woman in the car in surprise. ‘What do you mean? Are you going to visit your newborn? Where is the baby? ”Police officers look for the baby inside the couple’s SUV.

The couple explains that they gave birth to a daughter more than a week ago in Anand, Gujarat. The city is located in the western Indian state of Gujarat, which is known as the ‘milk capital’ of the country.

The couple was traveling about 1,600 km (994 miles) from their hometown of Bangalore in southern India to take their newborn daughter home. The girl’s father Rakesh (pseudonym) told me, “(Despite telling the police everything) there was a lot of confusion. But in the end, they checked our papers and let us go. “

Her daughter was one of dozens of surrogate children trapped in various clinics across India due to the lockdown.

Surrogacy is the process by which a woman (not the child’s real mother) recruits a couple to support the birth of a child. The services of such women are usually obtained for money and couples resort to this process to have children in which it is medically impossible for a woman to conceive, but there may be other reasons. She was one of 28 babies born at Anand’s Akansha Hospital and Research Institute since the lock down was imposed in late March. More than a month and a half later, at least ten such children were still waiting for their parents to come.

‘Stronghold of Surrogacy’Surrogacy is a thriving industry in India and an estimated 1,500 babies are born through surrogacy every year.

India is known as the ‘surrogacy hub’ of the world where many infertile couples abroad pay local women to raise their embryos till their birth.

But concerns are growing about this disorganized business.

In 2018, a bill was tabled in the Indian Parliament banning commercial surrogacy, but any infertile couple will be able to get a surrogacy from a close relative. The law is awaiting parliamentary approval. Now a native of Bangalore, he embarked on a painful journey to meet his daughter, who was born in another city.

Rakesh, 47, is a management consultant and his wife Anita, 41, is an instructional designer.

They were married in 2003 and for more than a decade have tried many other methods of childbirth, including IVF and IUI. She underwent five miscarriages.

Finally, last year, she decided to find a surrogate mother for pregnancy and to have a child through surrogacy. He met a potential surrogate mother in a Gujarat clinic who must have been in her thirties. The woman had two children of her own. On April 6, a healthy baby girl weighing 2.9 kg was born from N’s womb. Her parents were stranded in another corner of the country. They saw pictures and mobile phone videos of the baby sent by the clinic. In one of the videos, the newborn baby is reacting to the sound and light, in the other she is being given formula milk. Rakesh and his wife called the girl a ‘treasure of happiness’.

“It took some time to digest,” Rakesh told me. And then my wife started crying. It was an emotional moment, but we had no idea that our real problems would begin. “Gujarat is the most affected state in India from Corona

Road, rail and air transport in India was suspended due to Corona. People were slowly being given travel passes in emergencies. The couple knocked on the door of more than a dozen officers to get a pass. Many people did not immediately understand the reason for this haste.

“Oh well, your wife has given birth in Gujarat and you want to go to her,” said an official.

Another official said in surprise, “Is your wife here and someone else pregnant?” Why don’t you ask him to come here? ‘

Then another official asked, “This is a test tube baby, right?” So what’s the hurry? Can the baby stay there? ‘Gujarat is the most affected state in India from Corona

Road, rail and air transport in India was suspended due to Corona. People were slowly being given travel passes in emergencies. The couple knocked on the door of more than a dozen officers to get a pass. Many people did not immediately understand the reason for this haste.

“Oh well, your wife has given birth in Gujarat and you want to go to her,” said an official.

Must Read : Can a patient with coronavirus really not spread the virus after 10 days?

Another official said in surprise, “Is your wife here and someone else pregnant?” Why don’t you ask him to come here? ‘

Then another official asked, “This is a test tube baby, right?” So what’s the hurry? Can the baby stay there? ‘For two days and one night, they traveled by car on the highways. At night they would stop at the petrol station for petrol. Charging mobile phones and having dinner. They had cooked food, 10 liters of water, biscuits, jam and double bread for the trip. After dinner, the driver slept for three hours.

“The weather was getting hotter and hotter,” Rakesh said. We did not sleep at all. I don’t remember how many police checkpoints we had, but when we passed a checkpoint we would speed up. ‘Chi was born in a clinic in Anand

“It was tiring. At every checkpoint we had to get out of the car, show them and check our temperature, enter all our details, answer the amazing questions about the baby and then move on.

But a few hours from Anand, they reached the last police checkpoint before entering the city.

Police there had stopped all traffic saying they would not allow them to enter the city as the number of infections in Gujarat was increasing rapidly and there were strict restrictions on the entry of outsiders. In this situation, the tension increased further. Passengers in half a dozen stranded vehicles got into an argument and a policeman was recording everything with the help of a video camera.

A couple was going to Delhi with a small child. He still had to cover a distance of one thousand kilometers (621 miles) where the man’s mother had died.

“My mother has died,” he told police. Why are you harassing me? ‘

Four hours later, police finally allowed the vehicles to continue. Passengers have to show all their papers again. The couple was given a two-week quarantine in an affluent community apartment in the city before seeing their baby at the clinic. When panicked locals protested, they both moved from the apartment to the hospital, where they stayed in one room for about a week.

On May 1, her quarantine period ended and she was able to see her baby, three weeks after the baby was born.

Rakesh and Anita took a bath, cleaned their room, put on gloves, put on face masks and waited. In many clinics in India, children are waiting for their parents who have been born through surrogacy

Rakesh recalls the moment when the nurses brought him in the afternoon.

Anita started crying. He said give me two minutes and then I will catch her. We took off our gloves and picked it up.

“We asked if we could kiss her. The doctor said no. We had a blue dress for her. They let us wear it. “

“It simply came to our notice then. It finally happened. The baby is in our lap. After a long wait. I will never forget that moment. “

“You know, she didn’t cry when we picked her up. She just stared at our weird faces in amazement.

Must Read : Are there still people who are unaware of the Corona epidemic?

But now he doesn’t goAnd when can they take him home? The long-running lockdown has eased slightly, but public transport, rail and air travel are still suspended. The journey back to Bangalore by road is approaching. Doctors have allowed the trip.

They are waiting for a car to take them home.

“It was a test of their patience and perseverance,” Anita told me. There were many ups and downs in the journey of the child’s desire. The wait to see the daughter prolongs the ordeal. This ordeal has helped me become a better person and a more patient mother. 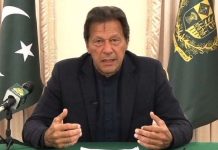 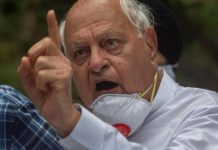 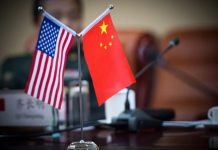