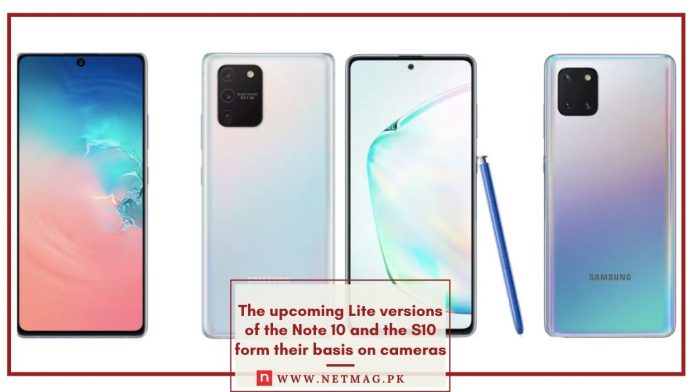 After months of rumors flooded through, Samsung finally made the move announcing both the Samsung Galaxy Note 10 Lite and the Galaxy S10 Lite. Both these devices are Samsung’s way of designing smartphones that have similar features found on the Note 10 and the S10 – but of course at a lower price point.

As far as the S10 Lite is concerned, Samsung is mainly focusing on the phone’s camera hardware. The device will feature with three rear cameras, including a main wide-angle 48MP camera, a second 127-degree ultra-wide 12MP sensor, and finally, a 5MP macro camera. The cameras will feature with Samsung’s latest feature in the Super Steady OIS. With this handy feature in mind, the S10 Lite is likely to take better action images and video clips. The phone will also be arriving with a 32MP front-facing camera.

The Note 10 Lite, like the other Note phones, will feature with an embedded S Pen. This will make way for the users of the device to take handwritten notes, take a photo, control video content and much, much more. The device will also be featuring with three 12MP cameras on the rear while the front will be occupied by a 32MP sensor. It is expected that the phone will be released in three colors : Aura Glow, Aura Black and finally, Aura Red.

Like many might have anticipated, both the Note 10 Lite and the S10 Lite will share many hardware specs found in both devices, including a 6.7-inch Infinity-O display that will feature with a resolution of 2400 x 1080. As far as memory and RAM goes, both will arrive with either six or eight gigs of RAM, and both will also feature with a similar battery – 4500mAh. Also, both the phones will arrive with Android 10 right out of the box.

realme all set to launch another Quad Camera smartphone; realme 5i