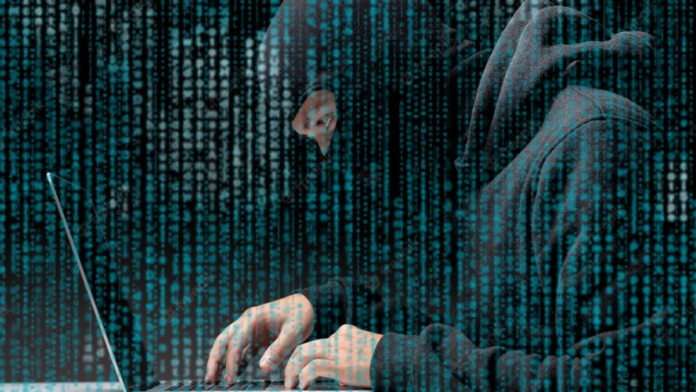 Cybercrime is on the rise across the globe and Pakistan is facing the same issues as the rest of the globe. The crimes against the public and the state are on the rise , and the effect of the conflict in Ukraine continues to unfold on the cyberspace.

It’s only been recently since cybersecurity has been an issue of policy for Pakistan The National Centre for Cyber Security was put in place in the year the year 2018. Does this have any influence on cyberattacks that have occurred in Pakistan? Does the ongoing Ukrainian conflict creating more problems for Pakistan as well as the rest of the world?

In this article, we’ll examine the issues that affect Pakistan and place them in the global picture.

The Cybercrime Landscape in Pakistan

In a report released recently that was released by it was revealed that the International Telecommunications Union ranked Pakistan at 79th place for cybersecurity-related security.

It was not till the month of July in 2021 that the National Cyber Security Policy was approved from the Pakistani cabinet. Its goal is making Pakistan more secure from cyberattacks and more prepared for attacks should they occur.

The potential for launching nuclear attacks is also an aspect of this policy. It recognizes that an attack by adversaries can be as online as it would be on the ground, which makes the need for this.

While the government is ramping up its response to the cybercrime threat that is sweeping the globe and cybercrime, everyday citizens are being affected. For the three years from 2018-2020 there was the 83% rise in cybercrimes targeting Pakistanis.

Financial crimes were the most frequently reported online and Facebook being the main place where frauds were reported in the year 2000. In 2021, there had been more than 100,000 cases on cybercrimes occurring in Pakistan. There’s an evident trend toward smaller-scale cyberattacks, but police also point at the ease to report online crimes as the factor in the rise in numbers.

Companies and institutions aren’t immune to online attacks, either. In October 2021 , and more lately during February 2022 the Federal Board of Revenue was attacked , and in November 2021, ATMs throughout the nation were targeted in an attack on the nation’s bank.

Cybercrime is impacting the daily lives of people from Pakistan. With the growth of internet connectivity as well as the federal government insisting on more digital banking it will create more weaknesses and more opportunities of Pakistan and its citizens to be targeted.

How the War in Ukraine is Impacting Pakistan’s Cybersecurity

Does Pakistan’s position regarding its position on Russian attack on Ukraine opens the country for more attacks?

The country has taken neutrality on the conflict “We are not looking to be a part in any camp. We’ve paid a cost for our participation in camps. This is the reason we’re very cautious about what we do. We do not want to lose our neutrality and that’s the reason we abstained,” the Pakistani Foreign Minister Shah Mehmood Qureshi said in March 2022..

Although Pakistan hasn’t yet appeared to be under attack by either side of the war There are other factors to consider. There’s been a noticeable rise in cyberattacks by both sides, and a flood in new threats.

They are currently focused on winning for both sides in the war, like the destruction from the Russian market in the early days of conflict. But, they could and will eventually make their way onto the dark internet and extend beyond the war.

Hacks and software that are being developed and refined through each Russia and Ukraine in the current conflict will end up on cyberspace known as the dark internet. It’s likely that they’ll be used again and eventually employed in attacks against a variety of nations including Pakistan. Although it’s a daunting thought it is, a quick VPN download can provide an additional layer of security from cyber-attacks.

War and Cybersecurity – A Global Perspective

Pakistan is a bit protected from the most severe aspects of the cyberwar being played out in the present. It is believed that the USA, European nations, and Ukrainian allies are facing constant attack by Russian cybercriminals.

Russia is a home for cyber-criminals as well as online exortionists. According to an BBC study more than three-quarters the money paid by hackers to repair information after an attack wind in Russia.

Since the beginning of war in the month of February there have been continuous attacks on Ukraine. The month of April saw Microsoft revealed 237 attacks against Ukraine by Russia and countries that are aligned with it, with 32% of attacks that were destructive which targeted Ukrainian infrastructure and government institutions.

A more broad coordinated attack on nations who support Ukraine isn’t happening on the extent that was anticipated, according to the head of the British the spy organization GCHQ. The attacks appear to be confined to the region of conflict for the time being, at.

Ukraine is trying to make life online complicated for Russian government, and also expose the truth about this propaganda, to Russian citizens. For instance RuTube, which is the Russian version of YouTube, RuTube, has recently been shut down with its original code was apparently removed.

The vast hacking group that is known under the name Anonymous have been working for years to destabilize Russia since the beginning of the conflict. It’s been a worldwide citizen initiative, demonstrating the ability hackers and programmers to take on government and other institutions.

The Long-term Impact of the Ukrainian War on Cybersecurity

Hybrid warfare – a blend of real-world and online conflict will be around for a while. Huge impact can be wrought through the infiltration of infrastructure and financial institutions which could provide one party or another a competitive edge in the battle.

For a country such as Pakistan that is experiencing ongoing border and security concerns it could be an incentive to increase the offensive and defensive capabilities. The process of getting up to speed with the capabilities of other regions powerhouses can require time, however the ability to defend against attacks is essential.

On an more human scale there should be more attention paid to protecting individuals from online cybercrime. Software that was developed to attack during the war could be used to the general population, so making sure that there are strong laws and policies will keep people and their funds protected.

Its Lenovo’s Turn To Introduce a Smart Clock

Apple Watch Has The Potential To Spot That You’re Sick With...