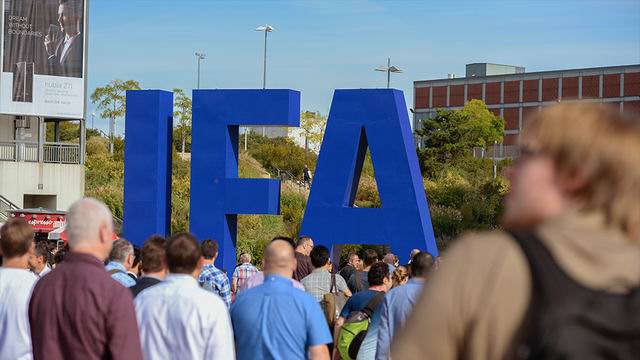 It’s that time of the year again when we are anticipating some of the biggest names in tech to reveal their latest wares and some hot new products, gadgets in a single place. IFA (Internationale Funkausstellung) or International Radio Show is a bit like Europe’s CES (the Consumer Electronics Show) which held every September in Berlin.

For this year we are on high hopes and expectations. The event kicks off on the 1st of September

Galaxy Note 8 by Samsung will be the part of the show .of course, but Samsung needs to use the IFA event to show off some additional features of the super-powered phone – and perhaps unveil an exclusive accessory or two. If you’re really interested in the 6.3-inch handset, be in touch with us to get more updates about events at IFA this year.

In the meantime, we think Sony might launch a new Xperia flagship or mid-range phone to trail on from the Xperia XZ Premium.

Thinking about other big names? Well, neither Apple nor Google is offering with their presence at IFA. We do expect Huawei and HTC too.

Last year at IFA event we had witnessed a plenty of wearable launches.

At this year One wearable we are expecting to see is the Gear S4, the successor of Gear S3 and Gear S3 certainly impressed us. This time we hope it will add some more value.

Rumors are also whirling about a brand new fitness tracker by Samsung, the Gear Fit 2 Pro. For Samsung wearable fans, IFA 2017 could be a Christmas.

We are looking forward to hearing from some more and new smartwatches and fitness trackers as well.

IFA covers so many different categories so it’s a good chance for all those Companies who have to broaden their product line in several tech pies and can show off all their gear at the event, and as a result, you can expect to see chock-full smart home setups from the likes of Samsung and LG. We are anticipating extra smarts kitchen appliance this year or possibly some new products entering the market.

Philips is also on its to put on display different gadgets, from smart lights to television sets, and we’d suppose the company to be one of many showcasing their top 4K flat screens –

Philips has confirmed the launch of its latest connected toothbrush at IFA. So cheers for fans of sparkling and clean teeth.

IFA the big stage for new comers and ordinary to the big Tech giant will be an opportunity for hundreds of companies to exhibit their products at a single place. we’re looking forward to the original and groundbreaking stuff at the same time as the flagship devices – in nutshell, the event will cover each and every thing from home cleaning robots to transparent displays will get shown off, so stay tuned with us and  we’ll pass on the very best of it here on the website.

Boxer Amir King Khan and Shahid Afridi to appear together