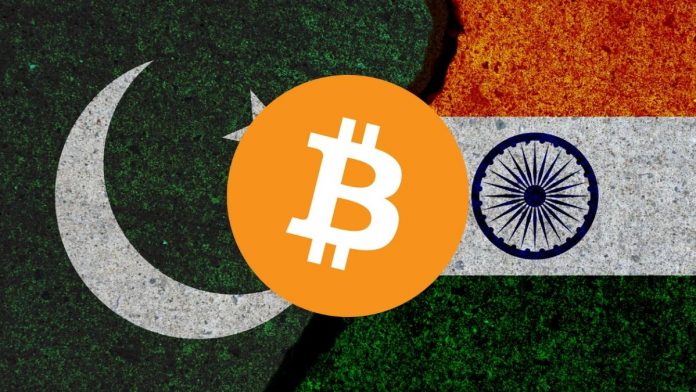 While Pakistan eagerly awaits the release of a report on April 12th to determine its legal standing for crypto as well as virtual currencies, neighbouring India has a completely different vision.

If you didn’t discover an interesting news story from India on the 1st of February, Indian Finance Minister Nirmala Sitharaman has unveiled a new tax policy that will tax the nation’s Rs. 400 billion worth of cryptocurrency assets, with the long-term goal of acknowledge the virtual currency as a genuine storage of value.

As per the draft regulations that was presented to the Bharatiya Sansad — Parliament of India – it is expected that the Reserve Bank of India (RBI) will launch an electronic currency for central banks (CBDC) within the upcoming fiscal year. Prior to this, regulations to tax the legal acquisition of cryptocurrency at a flat 30 % rate are to be introduced.

With the backdrop of India’s remarkable transition from virtually banning cryptocurrency in November 2021, to creating an outline for a full-blown adoption, what’s happening in Pakistan?

How Did India Spend Its Union Budget?

In a nutshell the Indian crypto regulatory draft provides the following:

What types of assets will India consider virtual?

A digital asset that is virtual As per the proposed new clause can be defined by any type of information or code, number or token (not being Indian currency or any other foreign currency) created by digital means.

In explaining this, a member of the Internet and Mobile Association of India (IAMAI) stated that “virtual assets include all cryptocurrencies that may be traded in India on multiple platforms, as well as all types of NFTs, both old and new, such as lands and other virtual experiences purchased on metaverse platforms”.

Will the proposed crypto tax regime offer India an advantage?

The tax system will be able to treat all crypto currencies and tokens as investments with value , not as legal tender/currencies. It is anticipated that this will boost India’s crypto assets and encourage more people to invest in this space.

Thus, the tax certainty is a positive step for Indian blockchain companies like CoinDCX, InstaDapp, WazirX and Nuo which will be free to innovate within the field through aggressive marketing campaigns as well as testing, further establishing India’s reputation around the world as a more tech-savvy country than people are aware of.

How soon does India plan to implement the new crypto tax?

While it’s far off, Indian media forecasts the new cryptocurrency tax proposal will begin to take effect in ‘Assessment Year 2023-24. In FY2022-23, all of India’s cryptocurrency earnings is taxed on an arbitrary 30 % rate.

What can Pakistan learn from India’s proposed crypto policy?

Here are the options Pakistan should consider

Many countries in the world are currently evaluating the advantages of owning CBDCs as well, with China currently in the final stages of the implementation of their digital Yuan. In the meantime, India has hopped on the bandwagon and is planning to launch its own CBDC in the coming year.

In order in order for Pakistan to maximize its potential in this space, it needs to create a set of rules to govern cryptocurrency. Additionally, it has to remove any obstacles that might hinder creativity in the digital asset game, as India has been so impressively successful.

Most of the time If Pakistan is able to decide to control cryptocurrency on April 12 the next day, it could be an additional baby step. To begin, a committee composed of representatives from SBP, Finance, and Law Ministries could be formed to create a basic tax system for transactions involving crypto. At first, they do not need to accept the cryptocurrency in the form of legal currency. It is possible for citizens to trade on digital exchanges that are approved by the state and then deduct the “pound of flesh” (tax) from all transactions at once.

Based upon what Pakistan has actually done so far in past Months?

The events of the last four months are undisputed evidence of the degree of confusion and indifference that has engulfed the authorities in relation to cryptocurrency.

On January 20, 2022 SBP presented a document to Sindh High Court (SHC) in which it was clear that cryptocurrencies were illegal and therefore cannot be traded. The court then ordered the highest Sindh court required that the Law and Finance Ministries to carry out a joint investigation on cryptocurrency and to submit an exhaustive document on the 12th of April in which they will explain why the instrument should be completely banned or permitted to be used as a real storage of value in accordance with an appropriate legal structure.

In December 2021 in December 2021, the Federal Investigation Agency (FIA) confiscated bank accounts of 1 044 individuals who had traded the funds through various online exchanges, such as Binance, Coinbase, and Coinmama. Additionally, the accounts of people who used Binance P2P to purchase or sell cryptocurrency were stopped.

Then Director General FIA Sanaullah abbasi, Director General FIA, announced that the watchdog of the Federal government would contact to the Pakistan Telecommunication Authority for blocking websites dealing with cryptocurrency “to prevent fraud and possible money laundering.”

It was also reported that SBP as well as it was also revealed that the Securities and Exchange Commission of Pakistan (SECP) had taken an ‘interdiction’ approach and issued a warning to citizens to dissuade them from dealing with digital currency.

It’s sad that Pakistani authorities seek to block any innovation, instead of regulating it. In a country where its residents are reported to own crypto assets that are worth about $20 billion, the above examples do not provide an optimistic picture of the future of cryptocurrency in Pakistan.