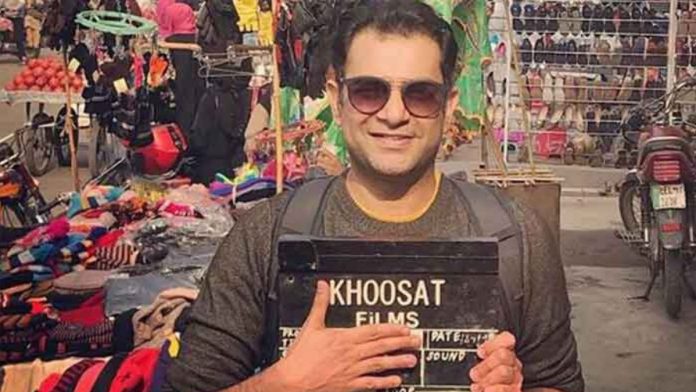 Top Pakistani actors come in support of Sarmad Khoosat, the director of the upcoming film ‘Zindagi Tamasha’, which is facing obstacles amid its release. Annoyed, Sarmad Khoosat went on to social media, where he released an open letter to the name of PM Imran Khan and other government persons including CJP to take notice of the matter. After his long note, actors and celebs are voicing their concerns for not permitting to release the film.

After the release of its trailer, the film has been facing step backs from some pressure groups, who do not want its release. The film has already been cleared from censor board.

Mahira Khan wrote in her story, “For God sake let the sane voice live and speak!!”

Ali Zafar and Humayun Saeed also came in support of the film.

Ali Zafar tweeted, “Having produced a film myself, i can very well relate to the difficulties/challenges one has to face to make and release a feature film in a country with no real infrastructure. The government should facilitate all such endeavours otherwise our cinema will die before emerging,”

“The government must address this at the earliest. Filmmaking in Pakistan is already a tough challenge; those who dare to venture into it need to be encouraged and appreciated,” tweeted Hamayun Saeed.

The film, weeks before its release has been facing difficulties. Khoosat, who directed the film had to come out with an appealing note.

After the release of the trailer, a complained has been registered against the film, blocking its way for the January 24, release. The film also premiered and won an award in prestigious Busan International Film Festival.

“24th of January was set as the release date. However, a ‘complaint’ was registered against the writer, the producer and me, based on assumptions made from the two and a half minute long trailer.” Wrote Khoosat

Khoosat, while without naming mentioned some “trouble makers” who for their “political ends” are making problems.

Khoosat in his note said, “The space for rational and artistic thinking and expression must not be annexed” he further said, “I fear this is what will happen if we buckle under this time.”

Veronica twin is going to be removed from her chest