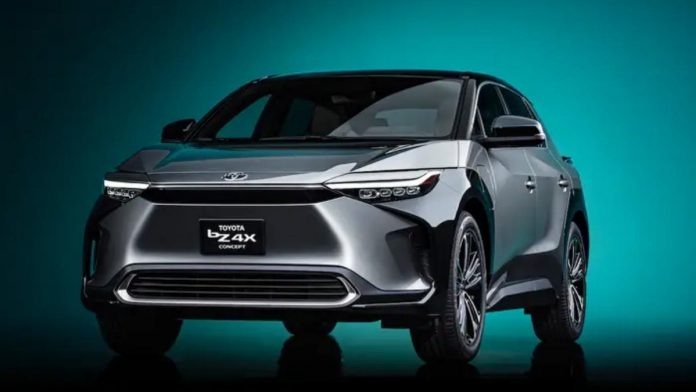 Japanese manufacturer Toyota is one of the most famous automaker brands found all across the world and the company has been known for making the traditional types of cars up until now as it looks to diversify its portfolio with the introduction of electric vehicle manufacturing. Indeed the brand had in fact previously proceeded on to release the concept of an all electric car but has now taken one step further as it has unveiled its very first all electric car in bZ4X. During the Shanghai motor show which was held earlier in the year, the brand actually showcased the car as a concept car, however, back then, not much was shown with respect to the car and it was just a concept.

Now though, the giant has actually gone on to provide much better illumination when it comes to the specs side of things, of the brand new SUV. It has to be considered then at this point that Toyota had in fact offered all-electric vehicles in China before, however, the latest bZ4X happens to be its first battery-electric vehicle – which also makes way with a BEV-dedicated platform and also one which is made for the global market and not just China.

Also Read: Your iPhone might have the power to control your car’s climate

As can be noted from the name itself, the “bZ” actually stands for Toyota’s electrification strategy and also a sub-brand for its upcoming lineup of EVs. Also, the car isn’t too different from what we saw from the concept either as it only makes way with a few updated features and still makes way with a rather aggressive design.

Some very impressive features are included as a package in the car, as it is of course capable of bidirectional charging for vehicle-to-home capacity. An optional solar roof also adds some pretty great options. Toyota has also claimed that the solar roof that is present within the car can generate electricity equivalent to 1800 km of driving distance each year.

Daraz and UNDP Pakistan champion SDG 6 by providing access to...