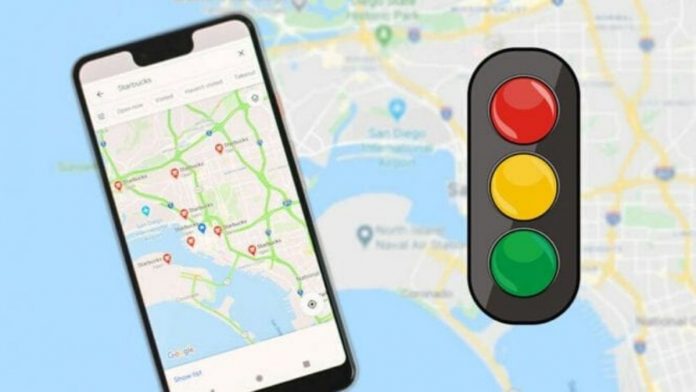 If you are constantly on the lookout to avoid traffic lights and hence follow the quickest and cleanest route – you might be in luck as Google might be making the whole ordeal pretty easy.

Indeed, it is now being reported that Google appears to be testing traffic light icons in its Google Maps on Android devices. They will make an appearance whether you’re browsing or indeed navigating, and will also be enlarged while you’re driving so as to make sure that your eyes are on the road. However, unfortunately enough, it has also been cleared out that the lights don’t actually appear to affect audio cues or indeed routing and so it isn’t expected that users will hear “turn left at the next light” if indeed the icons make an appearance on your device.

A spokesperson from Google recently went on to claim : “To help people stay better informed on the road, we’re testing a Google Maps feature on Android that shows the location of traffic lights in select cities across the US.” While for now cities in the US such as New York, San Francisco, Los Angeles and Chicago happen to be amongst the very first cities to show the traffic lights features, the search engine giant has said that it plans on to expand the feature to even more cities.

If the whole thought process seems a bit on the familiar side, then consider the fact that Apple Maps also took upon itself to start visualizing traffic lights during navigation just around a year ago while Siri will tailor its instructions based on the lights ahead.

Of course since both Google and Apple have been competing as with regards to their respective operating systems and products, it’s not at all surprising to see Google taking the lead in this particular segment too. Regardless though, the consumer is to benefit as we will now be ever more informed about the routes that we take or plan on to take.