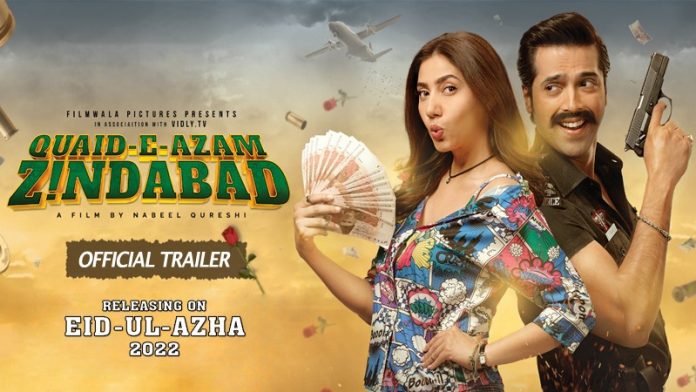 The trailer for “Quaid-e-Azam Zindabad”, which is now available, promises a big celebration at the box-office this Eid-Ul-Azha.

The trailer features several fight scenes, celebratory dance numbers, and a climactic sequence that includes a bike chase. This is a first for Pakistani cinema. It looks like this film will feature thrilling action sequences, unlike the 2018 movie ‘Tefa In Trouble’.

The teaser was first released for the film in October 2020 at the height of the COVID-19 epidemic. The film promised action, masala and, like all Fizza Ali Meerza’s and Nabeel Qureshi’s films, a social message.

“Jaantayh ho Noton par Quaid-e-Azam ki tasveer kyun hii?” is a powerful line that will resonate throughout Pakistan if the film does its job well.

“Quaid-e-Azam Zindabad”, a slang associated with bribery, is well-known. The film’s social message will address corruption and greed.

This one is not to be missed on Eid-Ul-Azha

Only 11% Of Pakistanis Developed Immunity To Coronavirus: Study Findings