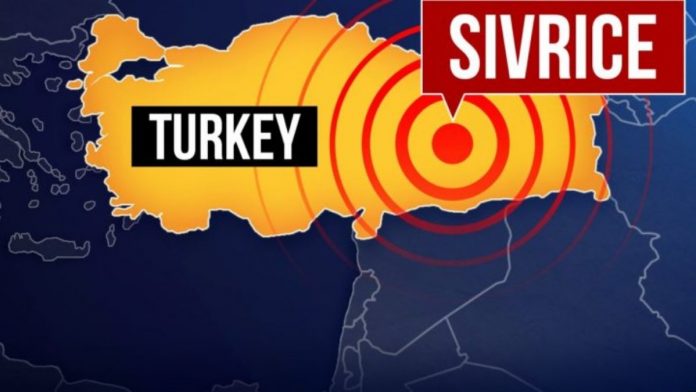 “I was on the sofa and then fell on the floor. My sleeping father was woken up. ‘After we found a way out, we broke the door and got out. We saw other houses had collapsed.”

Rescue parties parties rushed in as Turkey has been hit by a 6.8 magnitude quake, centred on the town of Sivrice in Elazig province, caused buildings to collapse and sent residents rushing into the street.

Earthquakes are common in Turkey, the Ottomans made sure to build palaces and forts earthquake proof but unfortunately it’s not always the case- about 17,000 people died in a massive quake in the western city of Izmit in 1999 and we are again in 2020.

At least 22 people have died and more than 1,000 are injured after a strong earthquake rocked eastern Turkey. Rescue workers are still trying to find some 30 people who have been buried overnight in -8C temperatures after the quake struck in Elazig province and neighbouring Malatya. Five people have already been pulled out alive, including a pregnant woman who was saved after being trapped for over 12 hours. However, health minister Fahrettin Koca has warned that the death toll could rise after the quake, which was followed by 228 aftershocks.

Must Read : Horrendous ‘marry Your Rapist’ Bill To Be Introduced In Turkey

The quake hit on Friday at 8.55pm local time at a depth of 4.2 miles near the small lakeside town of Sivrice, Elazig. Various earthquake monitoring centres gave magnitudes ranging from 6.5 to 6.8 on the Richter scale. The Disaster and Emergency Management Presidency (AFAD) said the aftershocks ranged in magnitude between 5.1 and 5.4.

The earthquake felt in the neighbouring countries of Syria, Iran and Lebanon has stories of their own. Sivrice resident, Eray Ernek, said: A 32-year-old local, who gave his name only as Sinasi, added: ‘Our house collapsed. We cannot go inside. ‘In our village some people lost their lives. I hope God will help us. ‘Our animals died. Our families gathered around the fire to spend the night, covered with blankets.’

The Simpsons Continue Their Prediction Saga: This Time With Kamala Harris...