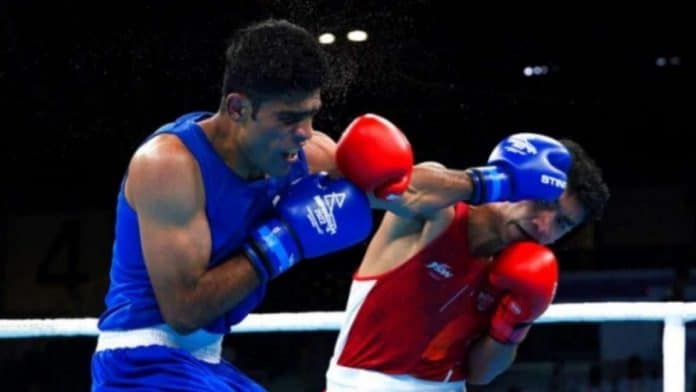 Two boxers belonging to Pakistan’s 2022 Commonwealth Games contingent have gone missing from Birmingham in a possible bid to stay in England and avoid back to Pakistan, which has a high rate of unemployment rate and high inflation.

According to reports, Suleman Baloch and Nazirullah two boxers vanished at the Birmingham airport because of the negligence by officials of the Pakistan Olympic Association and Boxing Federation of Pakistan.

The Pakistani boxing team was scheduled to return to Pakistan from Birmingham however, the boxers weren’t to be seen. Travel documents for both boxers were held by the team’s management team, which made their disappearance even more suspicious.

The national boxing team consisted of five officials and five boxers. but three of the pugilists, and four officials returned in Islamabad airport.

Nazirullah took part in the lightweight category, while Baloch was in the category of 63 kg. The two athletes did not be impressive in their efforts at different weights and lost easily to their rivals.

Also Read: Government Looking to Import wheat from Russian at a lower cost

The London Police have been informed of the incident.

It isn’t an isolated incident. Pakistanis and athletes in other nations have been missing from an important sport event held in a foreign rich country.

A few African athletes were missing from a sporting event in Australia in the year 2018. In 2002, 26 athletes went missing in the Manchester Games. Nine athletes as well as a manager of the Sri Lanka team also disappeared following the completion of their competitions in at the 2022 Commonwealth Games.