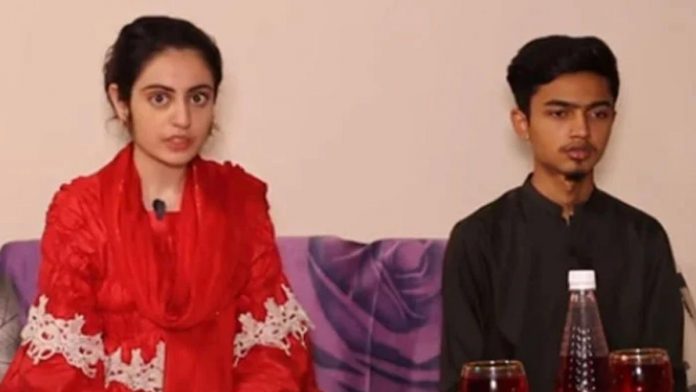 Former provincial assembly member (MPA) Uzma Kardar has declared the matter of a teenager Dua Zehra’s marriage rumoured to be an act in human trafficking.

She spoke at an advocacy event with possible victims of trafficking who were in person. The district-wide advocacy session, which was organized by the Sustainable Social Development Organisation (SSDO) was attended by lawmakers brick kiln, domestic labourers, media personnel Social Service officers as well as police officials.

Kardar claimed that there was a method of human trafficking, in which girls under the age of 18 were taken from various provinces and then made to marry.

She mentioned various laws pertaining to marriages of minors in provinces.

The woman said that women were offered marriage and were forced to work as prostitutes.

Many transgender individuals have been victims of trafficking she said.

The Provincial Minister of State Hassan Murtaza said the governments have not done enough to bring an stop to the human trafficking.

He also stressed the importance of getting all stakeholders involved and to launch a campaign of awareness regarding the issue.

The central point of the campaign must be public areas not government buildings. We as a country must be part of the process and push it to the next level,” Murtaza added.

“Being in a rural region I’ve witnessed a number of incidents where labourers working in brick kilns faced police stations and courts, in addition to FIRs that were recorded against them to force them into working as bonded labor,” Murtaza said.

He said that in a lot of instances , victims were forced to work as bonded laborers due to their precarious circumstances , such as taking on large loans to cover their expenses.

He also cited an incident from an area near his house where a victim was taken into Ethiopia after being enticed by agents with promising a brighter future. The victim was forced to go through a gruelling struggle to return safely.

“Human human trafficking constitutes a horrific crime that must be dealt with immediately,” Murtaza concluded.

SSDO Executive Director Syed Kausar Abbass said the laborers were invited to interactions with legislators and enforcement officers to discuss their issues, concerns, and challenges as well as strategies.

The session, he said, was designed to raise awareness of trafficking in people and its effects on nations and communities and laws, as well as referral mechanisms and the role of citizens in helping government departments detect and stop the practice.

The problem was related to the use of sex and bond labour in brick kilns as well as farms the farmer added.

Punjab Assembly member Bushra Anjum Butt claimed she had brought up the question during the recent budget debate.

She claimed she had asked the government to resume the issue of cards to help financially the domestic workers, labourers bonded to work and others.

Kiln workers domestic labourers who were victims of trafficking as well as bonder workers shared their tales of suffering.

One worker reported that she was employed at the house as a maid and was abused from the house’s owner.

A participant stated that everyone pledged something in order to receive loans, but the brick-kiln workers did not have any assets, and had to sign a pledge.

According to the SSDO executive director stated that the organization had set up a working group of stakeholders to tackle the issue.

Need for more transparency for the National Action Plan