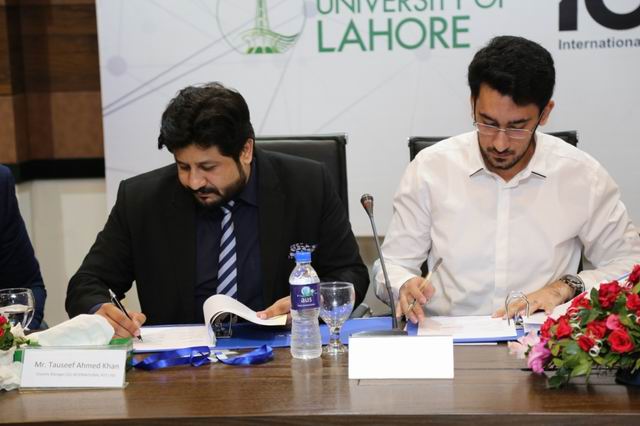 The University Of Lahore (UOL) having an enrollment of more than 35,000 students and 2500 faculty members on board, has just signed a deal with ICL International Pvt Ltd to commission Huawei surveillance system at its Defense Road Lahore campus, adding innovation and technology to its already well-established educational infrastructure. Many dignitaries from Technology industry of Pakistan were present at the event. UOL’s executive staff, Mr. M.A. Raoof (Patron UOL), Mr. Awais Raoof (Chairman BOG UOL) was also present at the signing Ceremony.

The campus itself is vast, encompassing more than 500 acres and featuring a variety of academic buildings, athletic facilities, and student dormitories. And while crime is not as big of a challenge for the university as it is for schools that are located in major urban areas, the campus is certainly not immune to it. In the wake of the crimes, university administrators took the initiative to augment its security program with state of the art network of video surveillance cameras. 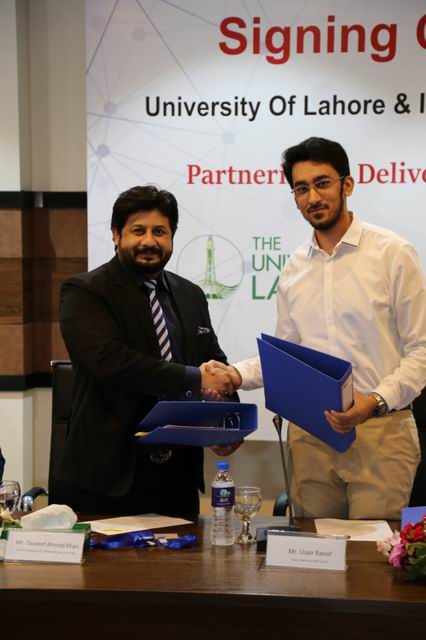 ICL International (Pvt) Ltd is the trusted name to provide the Smart IOT solutions in Pakistan over 50 years and had created a major presence in both the corporate and public sectors.

ICL will provide the surveillance solutions to UOL campuses in its initial stage along with other ICT (Information Communication Technology) Smart solutions and now partnering with UOL will enable university campuses to accomplish out the next level of digital revolution by providing smart solutions.

According to Mr. Usman Malik, UOL’s Director of IT Operations & Strategic Projects, the university initially has planned to install approximately 900 cameras in phase-I, which include a mix of both indoor and outdoor cameras. While the closed circuit television cameras focus on parking areas and entry-exit points to ensure the protection of the students, a majority were deployed inside of the university’s student recreation centres to help deter theft, keep an eye on anti-social events and to maintain a peaceful atmosphere. Owing to close working ties between UOL, Huawei Pakistan and ICL Pakistan, the entire process of the surveillance infrastructure establishment will take around five months for it to be fully operational. 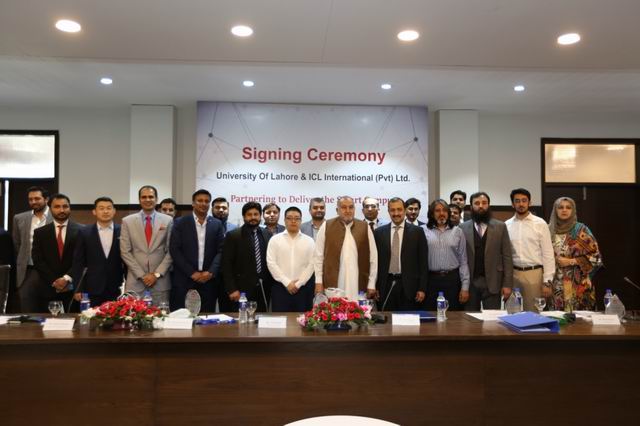 Mr. Aliyu M. Wamakko Hon. Senator from Nigeria was also present at the ceremony. Mr. Senator Wamakko is one of the senior most senators in Nigeria and has been instrumental in developing a closer relationship with Pakistan and the University of Lahore.

Mr. Asad Sibtain CEO ICL International Pvt. Ltd expressed his views about the partnership that “ICL with its aim of delivering reliable and efficient smart solutions is pleased to transform educational institutes like the University of Lahore to be digitally equipped Smart Campus. Pakistan has great potential for ICT infrastructure and with institutes like UOL we will be soon witnessing the rise of the new era of digitalization.”

Speaking at the event, Chairman UOL Mr. Awais Raoof stressed on the need of Universities in Pakistan to provide exposure to the students, to the technologies being deployed around the world, ensuring that our graduating students not only know the theory but also are well exposed to them first hand. He also shared his vision of how Universities should change their outlook towards the delivery of education and services. 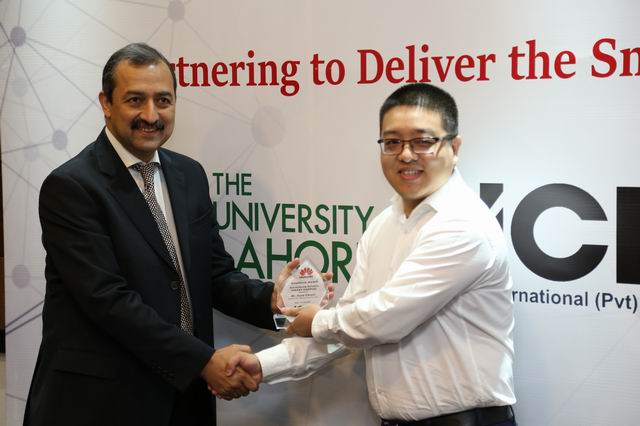 ICL and Huawei have always ensured that Enterprise solutions which they deliver to their clients must be resourceful and innovative. Mr. Jeffery Managing Director Huawei Enterprise said, “Huawei is the largest networking and telecommunications equipment supplier has always praised the quality of products and services which ICL provides to organizations. As UOL is recognized as the largest private sector University of Pakistan, and there is no better time to join the university when it is expanding internationally with campuses and networks being developed across the world”. 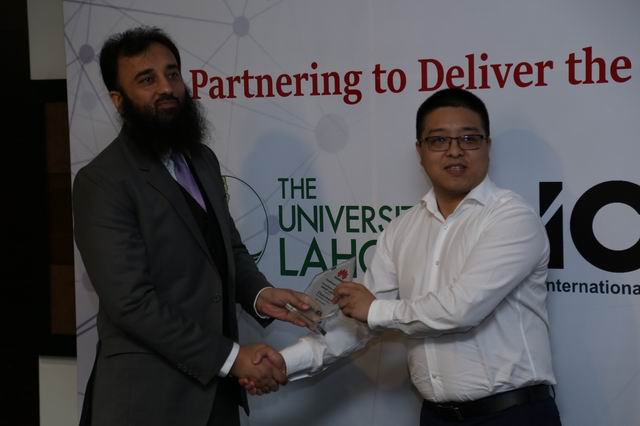 Souvenirs were also distributed to the honorary participants and speakers of the ceremony. 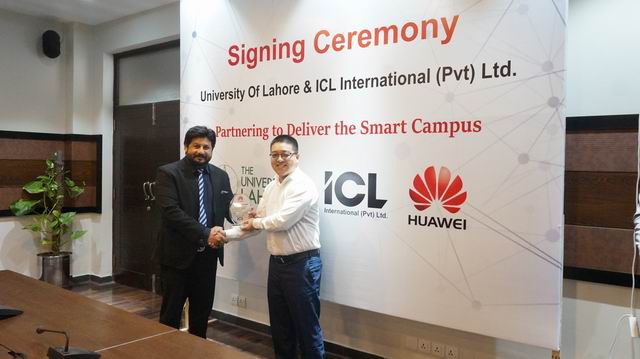 Mr. Tauseef A. Khan Country Manager ICL Pakistan while giving the concluding note stated, “ICL has always endeavoured to provide best Enterprise & Smart solutions to corporate and enterprises Organizations. With this partnership, we will not only be providing Smart Surveillance solutions but also be focusing on the provision of Distant Learning, Virtual Solutions, Video Conferencing and much more verticals’’.