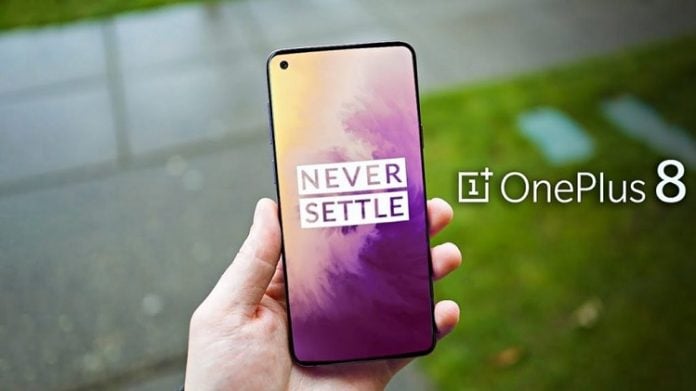 So the recently launched and the latest of OnePlus creations the 7T Pro only launched a few months back and the internet is already underwayin looking for and suggesting possible leaks and rumors relating to the OnePlus 8 and 8 Pro. It was last month when we saw the first renders of both these upcoming devices and now as we slowly move in to the year 2020,  a famous leaker has posted an image on Twitter and has claimed that the OnePlus 8 Pro will feature an impressive and mesmerizing 120 Hz display. The post made by the leaker only stated, “be a ‘Pro’” which in turn caused much confusion and people actually thought that he was talking about a Samsung smartphone rather than the OnePlus, to be precise people thought it was the Samsung Galaxy S11 being discussed. But we later found out that it was not that case as he mentioned to his followers that he was talking about OnePlus 8 Pro.

Must Read: DIGISKILLS continues its legacy of Success by overachieving its enrolments

Moreover,it should be remembered that at the OnePlus 7T launch event in September, the Chinese giant company said that all its future smartphones will feature a 90Hz display, not at all hinting at a 120Hz display. Now,if the leak does turn out to be true, OnePlus will definitely kick things up a notch with there brand new 8 Pro and the handset will be the first smartphone from a Chinese OEM to boast a 120 Hz display, which may even give them a competitive advantage over other premium smartphones available in the market.

Now as far as the specifications of both the new devices is concerned, we are still awaiting news in that part however,seeing the reputation of the company and how it is popular with the world, we will soon start to see leaks regarding the phone’s capabilities as well. However, the renders confirmed that the OnePlus 8 will feature a triple sensor camera and a punch hole at the front, while the OnePlus 8 Pro will come with a quad-sensor rear camera.

Muahmmad Mustafa - July 9, 2020
0
The Islamabad High Court (IHC) on Monday saved its decision on indistinguishable petitions recorded against the development of a Hindu sanctuary(Temple) in...