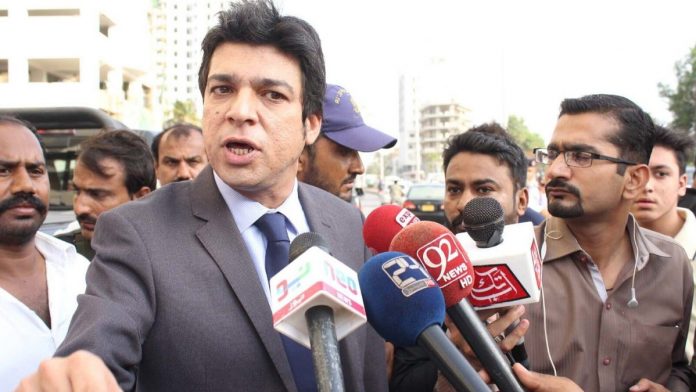 The dual national, in light of the constitution of Pakistan are not allowed to contest elections in Pakistan. In order to submit their nomination papers to Election Commission of Pakistan (ECP), a dual national first have to surrender their foreign citizenship.

Vawda, who is now a part of the Federal Cabinet, back in 2018, when he submitted his nomination papers on June 11, 2018, was an American national. Later on June 22, he filed an application seeking annulment of his nationality in US consulate.

Dual nationals, before contesting elections must submit their renunciation certificate to ECP. Vawda, however applied for renunciation, four days after his nomination papers’ acceptance by ECP on June 18, 2018.

Must Read : Faisal Vawda Placed a Boot on the Table, accused opposition for supporting the “Army Act” due to Pressure by the “Army”.

Earlier, the Supreme court in 2018 disqualified two MNA’s Haroon Akhtar and Saadia Abbasi  for not surrendering dual nationality during the time of their nomination papers submission. The law, in this regard is very strict, and both members got striped of their NA seats under Article 63(1)(c) of the Constitution, which says that a person will be disqualified from being elected or chosen member of parliament if he ceases to be a citizen of Pakistan or acquires the citizenship of a foreign state.

Abdul Qadir Mandokhel of PPP, the Vawda’s opponent during 2018 elections, filed a petition seeking Vawda’s disqualification, later withdrew his petition after a few hearings due to “immense pressure”from “certain quarters” and faced pressure even from his own party for unknown reasons.

Faisal Vawda, who’s future is now in doldrums, has not reacted as of yet after the shocking report.

A new wave of internet outages is expected in Pakistan

Nankana Sahib incident: culprit arrested, what could be the effects