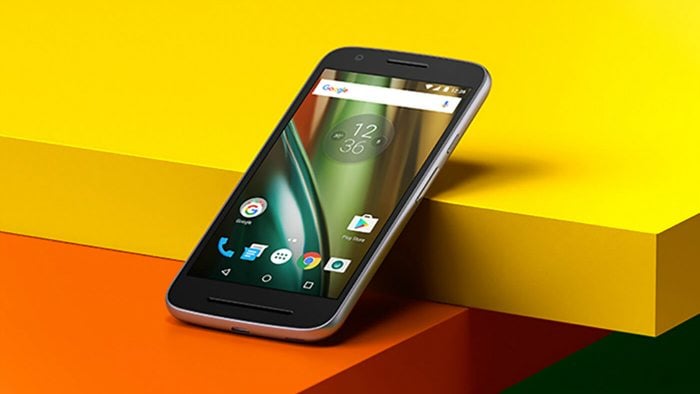 Just a few weeks ago, Motorola introduced us to some of its new smartphones, coming at very cheap prices, for those who cannot afford to pay the heavier sums demanded by flagships of other companies. The phones consist of the Moto E4, and the Moto E4 Plus. The price that is associated with the devices is amongst the very best, especially when you consider the specs on them.

The Moto E4 comes with the latest Android 7.1.1 Nougat, straight out of the box, which is very impressive, especially when you consider the fact that not even some of the latest flagships offer the latest Android Nougat. The phone comes with an impressive 5.0-inch, 1280 x 720 display, a Qualcomm Snapdragon 425 processor, 2GB of RAM, while 16GB of storage coming on board. There is also an option for microSD card, which creates an option for additional storage of 128GB.

The cameras are also not that bad. The rear camera is an 8MP one and a 5MP front-facing camera. The battery is a 2800 mAh one (which can also be removed) if you are wondering if that is an option. The battery is also supposed to be a decent one, as the device should supposedly last a whole day on a single charge. To add to the impressive list of features, the Moto E4 also has a nano-coating, to help protect against spills, splashes, and light rain.

The Moto E4 Plus will be available sometime around July, and this phone will not only feature a larger 5.5-inch display but will also feature an upgraded battery of a massive 5,000 mAh. All this for just $179.99. Impressive, right?