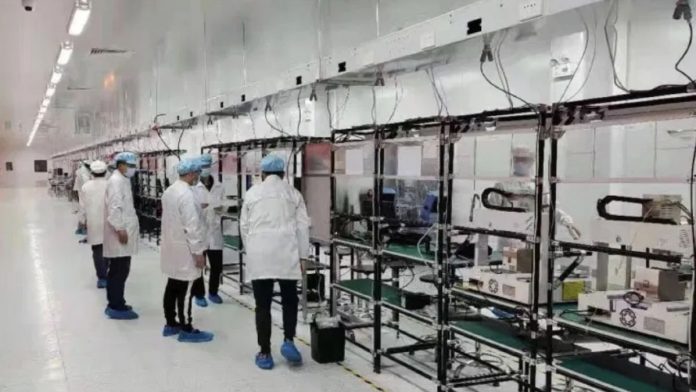 A brand that has overtime made quite a name for itself, has now taken to Pakistan to setup a plant whereby they shall start manufacturing smartphones from. Chinese technology giant, Vivo has officially started producing their smartphones within the borders of Pakistan, as confirmed by sources. Now, we have not yet received word as to which models shall be produced locally in Pakistan, but if sources are to be believed then smartphones which will be “Made in Pakistan” are ready to be released in the market.

Vivo’s plant is located on the M-3 Industrial Estate, in the city of Faisalabad and was built with a USD 10 million investment. Vivo plans to meet the need for smartphones in the country, with the establishment of the plant. It should be noted that, monthly, around 1.5 million to 2.5 million devices are sold, which is quite a figure to consider for smartphone brands. As per, AlphaBetaCore, a research firm which specializes in tech investments, there is currently a demand for 32 million phones in Pakistan and a total of $1 billion in spending on imports every year.

According to senior company representatives, while requesting anonymity, said that the plant will not only help Pakistan in saving import costs on the bill, but, it will also help increase the company’s market share by 5 to 7 percent in the country, which is a win-win situation for both parties. .With the commencement of assembly operations in the plant, Pakistan has become Vivo’s 7th market where they produce smartphones locally. There is no hiding from the fact that smartphones have always been overpriced in Pakistan, but with the current developments, we can finally start to see smartphones being sold at the same price as they are in the home market.

Now, this is just the introductory stages of the new initiative taken by folks at Vivo, however, we expect the local production of smartphones in Pakistan to grow to an extent that companies will at some point export smartphones from here. Details regarding the factory are yet to be released by company officials, but internal sources have confirmed that Mr. Bruce Zhang, the factory head for Vivo, will make official announcement through press in the next few days or so.

Its Lenovo’s Turn To Introduce a Smart Clock