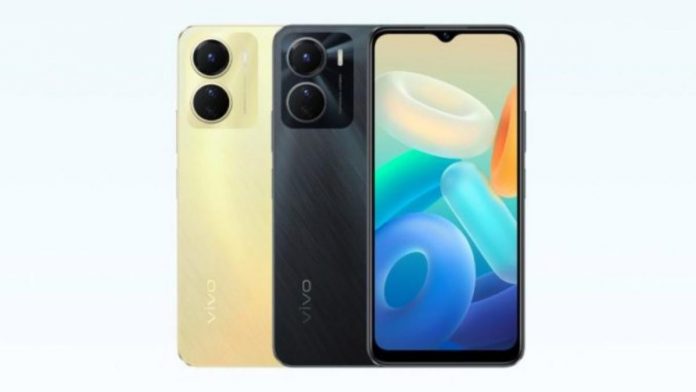 Vivo is recently launched a new smartphone 4G on its local market called Vivo Y16. Vivo The Y16 is a 4G smartphone. The phone is also expected to debut in the international market over the next few days.

While the device was officially launched in China however, pricing and details of availability are hidden. The specifications and the design on the contrary, have been revealed.

Beginning with the style starting with the design, the Y16 4G has a similar design in appearance to Vivo Y35 4G that was released earlier this month. It sports a flat frame with rounded corners, and an elongated camera module in the back. The dual camera setup is contained in two cutouts that are large on the rear side of the handset.

On the front, the phone features the 6.51-inch HD+ display with water-drop notch, prominent bezels and a hefty neck. It comes in two shades that are Stellar Black or Drizzling Gold. The dimensions of the device are 163.95×75.55×8.19mm and weighs 183g.

Under the underneath, the phone is the MediaTek Helio P35 SoC which is supported with 128GB storage and 4GB RAM. It is possible to be increased by 1GB by using this feature called virtual RAM, and the phone comes with the microSD card slot for storage expansion.

For opticals, the phone comes with an 13MP main camera that is paired with a secondary camera of 2MP. The front of it has a selfie camera with a 5MP resolution. Other features are Android 12 based Funtouch OS 12, a battery pack that has a capacity of 5000mAh with 10W rapid charging. It also has a USB Type C connection, dual band WiFi along with Bluetooth 5.0.

realme Unveils its Production Process to its Community with a Visit...