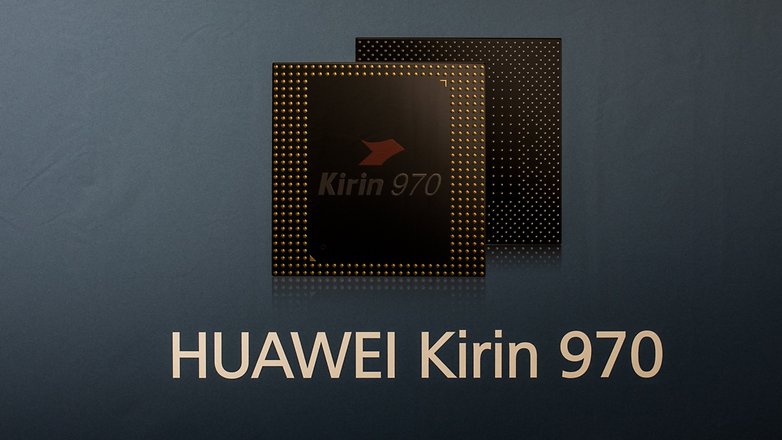 uawei formally divulged the Kirin 970, the OEM’s new flagship SoC that has worked in AI computing capacities recently at IFA 2017. While it is typical to focus on things like the CPU design and the GPU setup, Huawei is extremely quick to advance the Kirin 970 as a mobile AI computing platform.

Following the global announcement of Kirin 970, Huawei’s first step into mobile AI computing, Huawei is now expediting its awareness campaign to other regions around the world. Recently a meeting was held for leading media platforms here at Lahore, Pakistan. Huawei Pakistan Country Head Mr. Blue King apprised the audience about this latest innovation by Huawei.  Here we will try to make it simple for a general consumer to understand what actually is Kirin 970? 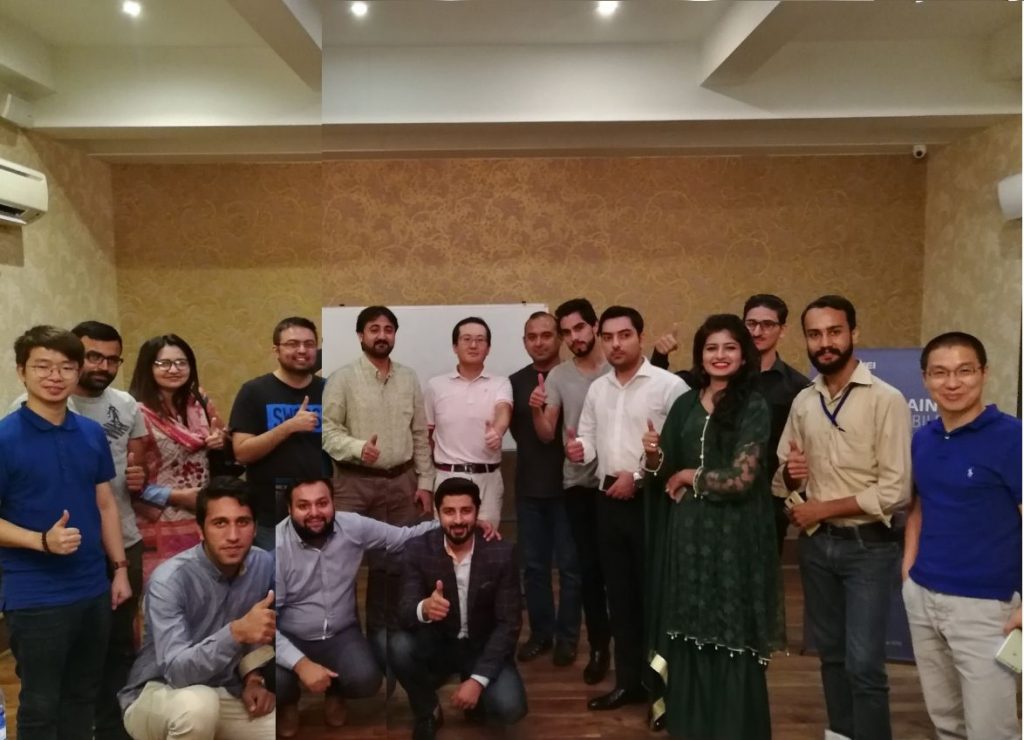 Huawei will uncover the Huawei Mate 10 and Huawei Mate 10 Pro smartphones at an occasion in Munich on October 16. The news was reported by Richard Yu, CEO of Huawei’s Consumer Business Group, in front of an audience amid Huawei’s IFA 2017 keynote.

Yu additionally affirmed the utilization of Huawei’s most recent flagship processor, the Kirin 970, in the forthcoming gadgets and said that the Mate 10 and Mate 10 Pro would be Huawei’s first full display smartphones. This implies that you can anticipate a screen to body ratio like what has been seen on the Galaxy Note 8 and Essential Phone to be highlighted on the smartphones.

The AI platform will work on Neural Processing Unit (NPU), essentially a bit of hardware that is great at running neural systems. At the point when contrasted with the 970’s CPU, the NPU conveys up to 25 times the performance with 50 times more noteworthy effectiveness. Simply we can say, the Kirin 970 NPU can play out similar AI computing tasks speedier and with less power. For instance, if we run benchmark image recognition test, the Kirin 970 can process 2,000 pictures per minute which is around 20 times faster than if the CPU would have had to deal with the workload all alone.

Mobile AI = On-Device AI + Cloud AI. Huawei is committed to developing smart devices into intelligent devices by building end-to-end capabilities that support coordinated development of chips, devices, and the cloud. Kirin 970 is proof for that.

Taking a gander at whatever remains of the chip, it is being made by TSMC utilizing a 10nm procedure. It is an octa-center processor, with a 12-center GPU, double ISP and a fast Cat 18 LTE modem. The CPU is like that of the Kirin 960, with four ARM Cortex-A73 centers and four ARM Cortex-A53 centers; however, this time timed at 2.4 GHz and 1.8 GHz separately. The Kirin 970 is additionally the principal business SoC to utilize the Mali-G72, the most recent GPU from the ARM. As per Huawei, its execution of the G72 will make the Kirin 970 20 percent quicker than the Kirin 960, however yet 50 percent more power proficient. 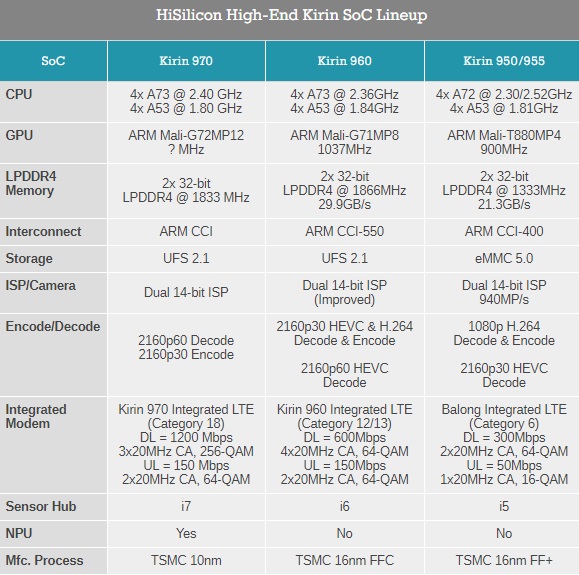 To help outsider take-up of the new AI abilities, Huawei is planning to position the Kirin 970 as an “open platform for mobile AI”, which means it is opening up the chipset to engineers and accomplices, enabling them to discover new and creative utilization of the AI processing capacities. To that end, the Kirin 970 supports Tensorflow/Tensorflow Lite and Caffe/Caffe2.

What do you think? Do the AI abilities add enough to the Kirin 970 to differentiate it from the Kirin 960? Let me know in the remarks below.

Huawei rumored to be working on an under-display camera phone