One company that never stops to add more features in their app is Facebook, their application, WhatsApp never seem to stop updating its software in a bid to provide users with new features for a very good overall messaging and call experience. The messaging service have added loads of new features with the highlight feature being the much waited for feature which is the Dark Mode for WhatsApp.

Today we shall be discussing with you some of the latest updates that were rolled out or are currently under the works for both Android and iOS users alike.

So after making the user of the app wait for almost a year, WhatsApp have finally started rolling out the Dark Mode feature for both Android and iOS users. So far users will only find this feature in the Beta version for both the Android and iOS software, it is however predicted that this feature will start rolling out for all users in a stable version in the next few days or so. The feature was spotted by WABetaInfo, a blog that tracks the works of WhatsApp. As far as the Android smartphone users are concerned, if you wish to add this feature on your application, you will have to download the latest Android Beta version of the app from the APK version if you simply can not wait to get your hands on the feature, and if you have no issues with using the Beta version, You can download the APK version.

Must Read : Windows 10 has now been installed in 1 Billion devices worldwide

In addition to things, the blog that has given us the news has also shared some screenshots of what the Dark Mode theme may look like on the app and how users can in turn enable the Dark Mode on Android phones. For you to turn the feature on, you will first need to update to the latest Android Beta version of the app and then go to Settings > Chats > Display > Theme > Dark Theme and just like that you will have access to the dark mode for WhatsApp.  In addition to just the Dark Theme, the theme section have also added a Light Theme and a Set By Battery Save Theme as reported by the blog. There is also the System Default option, that is available for smartphones using the latest Android 10 OS and have enabled Dark mode for their phone, system-wise.

For the other part, iPhone users, it was spotted by the blog that the new update brings a dark splash screen in the iOS Beta version and it has already been enabled by default. There are certain hints given by the blog and these hints include, a tweaked forward button symbol, an updated group and profile icons which support dark colors. Other than that, the top bar icons have also gotten updates. These tweaks essentially mean that WhatsApp Dark Mode for iPhones are really getting closer to its official release on the App Store.

Another feature which may catch the eye of many users would be the animated stickers support. The blog also added about the possibility of WhatsApp testing a supported platform for animated stickers pack in its their newest WhatsApp Beta update for Android. These stickers can already be found on other chat apps such as Telegram and others. This animated sticker pack is expected to be added to the stickers tab, so keep waiting, there is a lot in stored for users in this particular update. 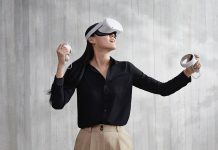 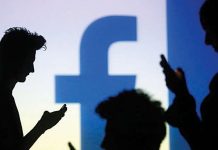 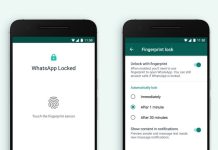 10 quality traits all introverts have, even if they…