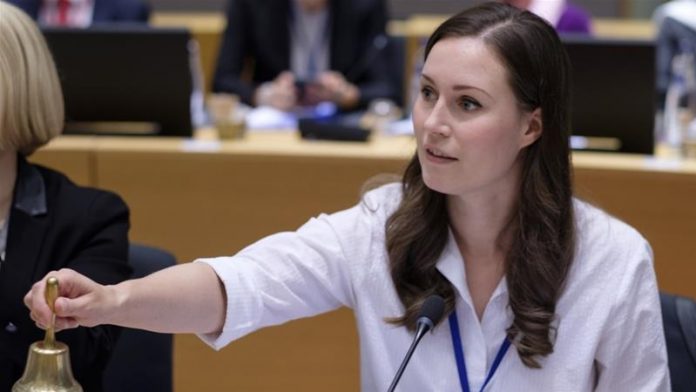 Meet the new Finnish Prime Minister Sanna Marin who is in limelight after she has been elected Prime Minister in Finland. She is now the youngest Prime Minister in the world. She has assumed office in crisis time when Finland is in crossroads aiming strikes and protests. The rising nationalists movements saw a rapid rise in past few months.

The 34 year old has been a ‘Rising Star’ and hails from the Social Democratic Party. She first entered the parliament back in 2015, since then she hasn’t looked back. In elections she had not won a clear majority, for that matter she made a coalition government with four other parties. The striking factor is that the other parties are all headed by women in their 30s. On top of that her new finance minister Katri Kulmuni – head of other coalition party – is even younger and aged just 32 years.

The other woman PM who made headlines is the New Zealand PM Jacinda Ardern who was 37 when she assumed office. Sanna Marin’s cabinet is set to have 12 female and 7 male ministers. This would also set a rather progressive precedent in the history of Finland who also was the first country in Europe to permit voting power to women in 1906.

The left-wing young PM bears the huge responsibility on her shoulders along with the burden to deliver. But the fresh air of young vision would open new avenues for Finland.
She is also a mother of 22 month old daughter.

Sanna Marin started her political career very early at the age of 20 years.  After 2 year she ran for the local council of Tampere city, but failed to elect. Fast forward five years she won not only the seat but also became the head of the council. She then climbed her way up to the ranks of Social Democratic Party with her strong progressive views.

“I have never thought about my age or gender. I think of the reasons I got into politics and those things for which we have won the trust of the electorate,” she said while giving an interview to the local reporters after her election.

Many believe that she will bring a wave of change with along with her young stature and progressive leftist ideas.