It has been reported that Huawei will look to commence discussions later in the summer with officials belonging to Russia’s communications ministry in an attempt to make out whether the company can use Russia’s Avrora (Aurora) operating system as a replacement for Android. Such revelations were disclosed on Friday coming in from the RIA news agency, which happened to have cited a Russian deputy communications as saying.

This contradicts the reports which suggested that Huawei is already in advanced talks with deploying its own HongMeng OS (ArkOS). However, every report that suggests that Huawei is looking to move forward after what happened with the US trade ban taking effect indeed suggests that the company is aiming to mitigate the consequences that followed.

Must Read: LG patent listing goes on to reveal a phone with a punch-hole display design

Already, the Chinese manufacturer has forecasted a $30 Billion loss in revenue over the course of the next two years – a direct consequence of the ban. The founder and CEO of the company has suggested that Huawei’s overseas cellphone sales will see a 40 percent drop. The present situation is that the US gave a 90 days respite for Huawei however if it elapsed without the US and China reaching a trade deal, it could then go into effect. The ban will result in companies like Google withdrawing the Android license from Huawei, which would result in the future phones from the company lacking the capability to use the Play Store, Play Protect (the in-built malware scanner on Google Play), as well as other things like security updates and more. Also, the phones from Huawei would lack basic apps such as Google maps, YouTube and more.

It is natural for Huawei to be looking elsewhere such as the Hongmeng OS in order to end its reliance on a US company to run one of its largest businesses. The Hongmeng OS is said to come in August or September of this year with a worldwide release which will soon follow in the second quarter of 2020 – of course though, these are just rumors. 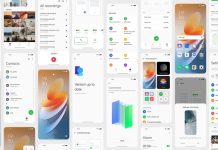 Motorola P40 – a budget phone that brings About a bit...