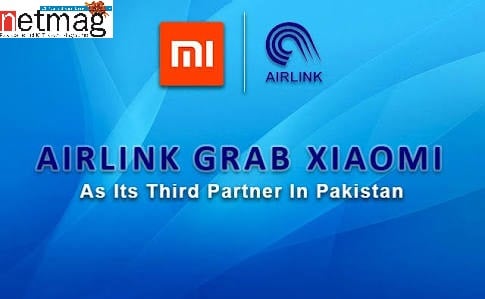 One and half year ago, a mobile phone manufacturer having a deep reach in lives of millennials “Xiaomi” debuts its sales in Pakistan through Smart link distributor and gets popular for not only its phones that are cost effective but also hi-tech.

The company warmly welcomed in Pakistan for its provision of high quality but low priced phones after capturing the Pakistani market perfectly, is now grabbed by Xiaomi as its third partner in the country.

From now on, Airlink Communication -one of the leading distribution in Pakistan for the last four years- and Smart Link together will help Xiaomi increase its sales in Pakistan.

It is worth mentioning here that the new partner of Xiaomi called Airlink was the pioneer to bring Huawei in Pakistani market. Airlink is not only awarded as Huawei Certified Gold partner in Pakistan but also they are the official distributor of Samsung mobiles in the country.

So, it is not wrong to say that not only the Airlink but Xiaomi is also lucky enough to find out such a highly well reputed distributor in Pakistan to sell its Mobile phones all over the country.

Before Xiaomi’s partnership with Airlink, Smart Link was the only official distributor of the company in Pakistan and this partnership has uplifted the profit line for Xiaomi.

New partnership aimed at increased Xiaomi phones’ sales in Pakistan is a great step by the world’s 4th largest smartphone manufacturer and the leading Chinese smartphone brand in Pakistan.

To show you a glimpse of successful business of Xiaomi, it would be enough to mention that the the company sold more than 61 million handsets in 2014. The company has launched its products in Taiwan, Hong Kong, Singapore, Malaysia, Philippines, India, Indonesia and Brazil.

Employment of Children as Domestic Workers must be Banned