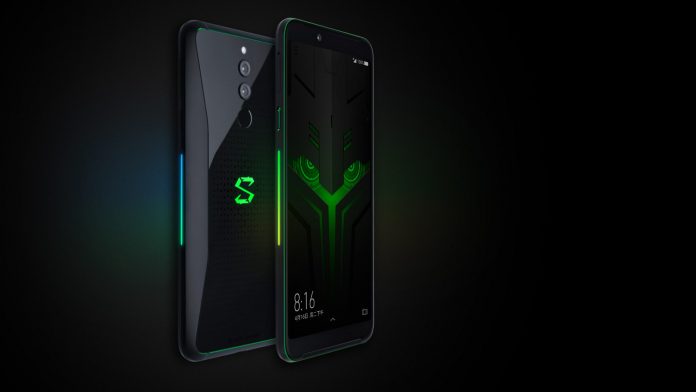 In accordance with a recent listing on TENAA, Xiaomi’s offshoot, The Black Shark is getting ready to introduce two of their latest smartphones in this quarter. Before this, a device with the model number KSR-A0 was found on the website and now another device which has been codenamed, PRS-A0 was listed on TENAA along with some snapshots of the smartphone.
In addition, the new smartphone has a Black Shark logo which is found at the back of the smartphone along with a hexagonal camera aisle, and a side-mounted fingerprint sensor for biometrics. The new phone also has a volume control button on the left-hand side along with two shoulder buttons located on the right side. Keeping in mind the fingerprint, we expect the device to come with a LCD panel which will make the display decent, the display also has a waterdrop notch. Judging by the listing, we see the vanilla color variant Black Shark 4.
On the back, the camera setup comprises of three cameras which have been aligned horizontally and also house the LED flash. Given that the design is not as flashy as the Black Shark phones of the past, this may not be a the high-end flagship that we are expecting. Perhaps, like iQOO another subsidiary company of Xiaomi, Black Shark is working on introducing a more affordable option in the gaming smartphone market, so that users can get the a good gaming experience at lesser price.
The previous phone which was listed on TENAA came packed with a 6.67-inch OLED display along with Full HD+ (2400×1080) resolution and a 120 Hz refresh rate. It will come with a dual-cell 4500mAh battery system backed by 120W wired fast charging. Xiaomi are yet to confirm the launch date and names of either of the devices, but we shall keep you updated.

Both Oppo and Realme will launch phones that will come with...

Xiaomi Introduce Another All Screen Phone With Massive Camera