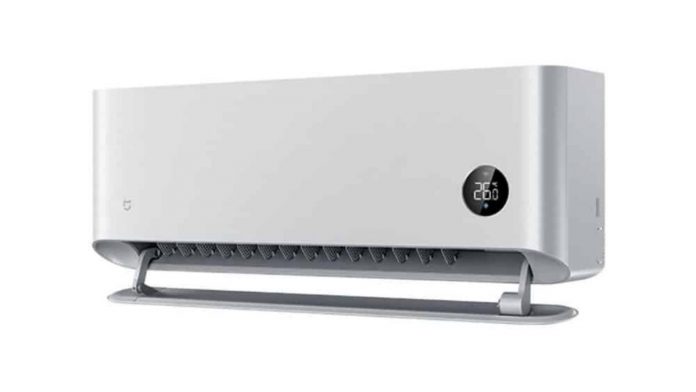 It also received it the Red Dot Design Award in 2022 This is a testimony to its performance excellence and stunning design.

A vivid built-in LCD is just one of the numerous improvements that have been made to it. As we’ve already mentioned the large-angle (180-degree) Wind deflector in Mijia’s air conditioner Mijia air conditioner permits it to direct its breeze in different directions than competitors.

The user can select from four different wind settings that include light, sky curtain, carpet and surround. It features 14 scavenging blades that have 48 micro-holes for each to supply the required air.

In addition, unlike other products that take in the heat from the surroundings during defrosting because it employs an anti-sudden cooling system.

Thanks to the technology mentioned above, it is able to defrost without interfering other processes and remains in the heating mode.

With no frost it improves the effects of heat exchange. It provides characteristics that allow for fast cooling and heating to summarize.

The user does not have to be waiting around for the cold temperature in the room, and its speed can be improved by 10 times the speed.

The air conditioner comes with the electronic expansion valve full DC frequency converter, and a state-of-the-art air duct that has a large circulation air volume of 1.5 HP and an annual energy savings of 112kWh.

It has been cleared of it’s “Weikai Harsh Natural Environment Test.”

In China It is currently available at a discounted price of $409; however, the actual price is $438. It’s available directly on Xiaomi’s site as in addition to various Chinese stores.

PUBG Challenge Announced with a Whopping Price Money of Rs 10...