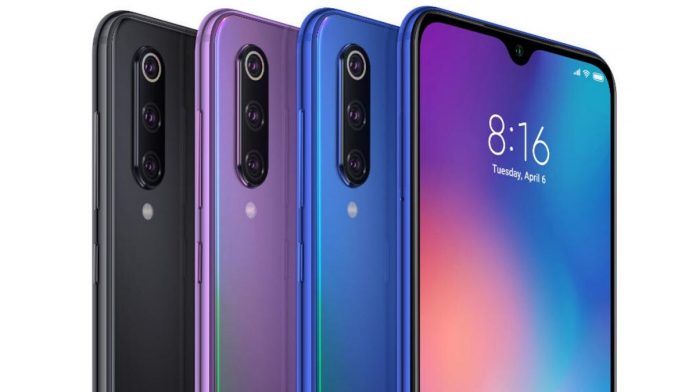 While it hasn’t really gained as much popularity in the US, Xiaomi has progressed exceptionally well over the course of the past few years – and for all the right reasons too, as the company has made a name for itself for launching great phones at a very good price – so much so that it has forced many other manufacturers, like Samsung to do the same – all for the sake of keeping up the competition that ensues within.

Keeping up with its reputation, Xiaomi last year launched the Mi 9 – a device that features with flagship-level hardware as well as an impressive camera performance. In hindsight, the phone has turned out to be yet another welcome addition to the mid-range portfolio that Xiaomi boasts – and here, we see exactly why this is the case.

The phone measures 6.20 by 2.94 by 0.30 inches (HWD) and while it comes with a weight of 6.10 ounces, it does feel as if – down to the fact of the device’s curved design and excellent weight distribution. The phone features in either blue, lavender or a black which just so happens to be a stunning gunmetal gray.

Moving on to the display, the device has a 6.39 inch curved AMOLED display integrated within, with a screen resolution that comes in at 2340 by 1080, for 403 pixels per inch. And while it isn’t exactly as crisp a display as the OnePlus 7 Pro boasts – the difference is quite hard to notice anyways.

The speakers too, within the device, are great when taking into consideration the price. At 91dB, it gives out sound loud enough to fill a room – doing so without actually letting go of any real audio quality.

On the rear side of the Xiaomi Mi 9 are found three cameras, that happen to be arranged in a vertical manner. The primary lens amongst the three sensors is a 48MP one, with f/1.75 aperture. In addition to this, there is also a 12MP telephoto lens with an f/2.2 aperture – which has the capabilities to support macro photography, and finally, there is an ultra-wide angle 16MP lens with an f/2.2 aperture. While on paper, the specs do seem quite standard to say the least, this isn’t really the case has Xiaomi has placed quite a bit of focus on AI for the sake of scene detection – which is why the end result is brilliant to say the least!

On the front is to be found a 20MP selfie camera with an f/2.0 aperture. Portrait mode and even the AI beauty features have shown the tendency to work quite well quite too.

Coming in with the Snapdragon 855 processor as well six gigs of RAM, the Xiaomi Mi 9 isn’t any lightweight in terms of power either. Mostly, the apps do open instantly while multi-tasking too is quite smooth. Playing heavy games too, like PUBG is a breeze.

While the entry level device arrives with 64 gigs of internal storage, there is also the upgrade available to 128 gigs. Of course, considering the fact that there isn’t present the option for expandable storage via the microSD card slot, many would go for the 128GB model.

In all its essence, while a 3300mAh battery might not sound as big as one might expect from a decent enough phone in 2019, Xiaomi has made sure that its device does an excellent job with regards to energy management. In a battery test conducted by experts, it was noted that the device from Xiaomi lasted 11 hours and 52 minutes, going on to beat the OnePlus 7 Pro – which made its mark at 10 hours and 48 minutes. With more conservative use, there shouldn’t be any problems getting two days of power from a single charge. And even if you do find yourself in the situation with low battery, consider the fact that the device from Xiaomi supports 27W, via an optional power adapter or 20W wireless charging with its very own proprietary wireless charging pad.

The Mi features with the latest Android 9 Pie along with the company’s ever custom MIUI 10 interface. Considering the fact that the device has been primarily designed for the Chinese market, the phone features with a suite of custom apps to replace standard Google devices.

Although the Mi 9’s UI might not be the most smoothest in the world, it does come with some very useful features – such the Game turbo mode. This feature has the capabilities to create custom setting while gaming and also goes on to automatically devoted more resources to the gaming apps. Of course, this is just one of the more useful features embedded within the software – as Xiaomi had made sure that there is a lot more on offer.

The conclusive evidence certainly seems to suggest that Xiaomi Mi 9 certainly is one of the best mid-range smartphones available across the globe – if not the best. The device goes on to offer killer performance, a two-day battery (with more conservative usage) and indeed camera quality which is on par with other phones that happen to cost almost twice as much.

And hence it won’t be wrong to say that Xiaomi has indeed hit the mark with the Xiaomi Mi 9, and the Chinese manufacturer continues in the same vein in the future – the growth and success that has recently followed – especially with the Mi 9, is only likely to be further enhanced.

Huawei CFO freed on bail – ahead of the upcoming Extradition

First profit for LG display over the past seven quarters