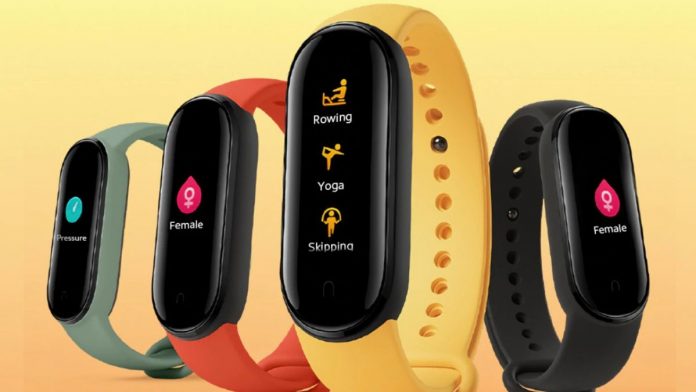 One smartphone brand that you will find making headlines on daily basis is Xiaomi and the company has really established a very attractive brand profile over the last few years. The company are well known for producing some of the most popular budget fitness trackers in the world. It was last month when Xiaomi launched their latest Mi Band smartwatch, dubbed the Mi Band 5, which has been released in the market of China. The new fitness tracker has been made available in two variants – one which supports NFC and the other which doesn’t. It seems the company’s plans do not stop there as a née report or to be more precise a new leak has suggested that the company is possibly looking to launch a third model in their Mi Band 5 line up, a pro version of the fitness tracker.

Must Read : Huawei And ZTE Declared National Security Risks In US

The Mi Band 5 Pro was first discovered when after only a few days of the launch of the Mi Band 5, GeekDoing, found a codename relevant to the Mi Band 5 Pro and in addition to that they also saw an icon in the Mi Wear app. They also found same things on the Mi Fit app as well. Xiaomi are known to sell there fitness trackers with “Mi Band” branding worldwide, however, with the arrival of the Mi Band 4 last year, this trend has seemingly changed. The company still follows the same trend for the Chinese Market however, in markets worldwide the company has opted to sell the device with a “Mi Smart Band” branding. The same goes for the codename,  in China, the Mi Band 5 has been dubbed as the  “Kongming”,however, the  global variant is known by “York”. Moreover, the variant which does not support NFC is dubbed as the “Kongming L” and now GeekDoing have spotted a new model which is codenamed “Kongming Pro” and this was spotted on the Mi Fit app and and by the looks of things, it basically confirms us the presence of the Mi Band 5 Pro. That’s all the news we have on this as the leak has not given us any details regarding the specifications or the framework of the device, but it does confirm that a Pro variant which will feature NFC is well on its way to debut in the market.