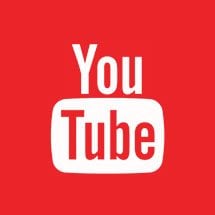 Youtube goes live again in Pakistan – Surprising Turn
In a surprising turn of events, Youtube is to become accessible for users across Pakistan again. The Ministry of Information Technology has issued a directive to the Pakistan Telecommunication Authority (PTA) to restore YouTube.
PTA officials have said all arrangements for unblocking YouTube are complete and all standard operating procedures have been checked. The officials claimed all blasphemous content had been blocked on the localized version of YouTube.
The saga began back on September 17, 2012, when then Prime Minister Raja Pervez Ashraf ordered YouTube be banned in Pakistan. YouTube was initially blocked after violent protests broke out all over the country in reaction to a blasphemous film uploaded on the website’s servers that outraged Muslims all across the world.
However, we can only hope that the decision has been taken to once again enable access for this highly useful tool for the Pakistani consumer.