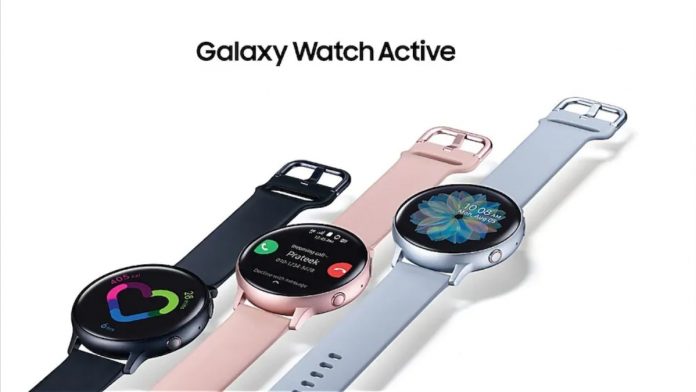 Samsung recently proceeded on to refresh the Galaxy Watch Active at the January 14 events as the Korean manufacturer introduced a new Phantom Violet Color variant. It is already being claimed that the company is also in fact working on a new galaxy Watch for this year. A recent report coming in claims that Samsung is indeed working on the two Galaxy Watch models. Moreover, a new tip claims that Samsung could go on and ditch Tizen OS for Android on its smartwatches.

In accordance with what the speculation concludes, the company’s two new model numbers SM-R86x and SM-R87x. If you recall – the latest Galaxy Watch 3 and Galaxy Watch Active 2 both make way with SM-R8xx as the model numbers. Hence, the new model watches could make way as their successors in 2021.

In any case though, the watches will feature with different sizes as before and will be available in Bluetooth as well as Cellular variants – which of course happens to be a no-brainer. Meanwhile, a tipster has also concluded that Samsung might ditch Tizen OS on its future smartwatches.

Must Read: Sony in legal trouble because of the Ps5

Ice Universe has gone on to claim on Twitter that Samsung’s new and upcoming Watch will feature with the aid of Android (i.e Wear OS) instead of the Tizen platform. The Korean brand has developed the Tizen OS with a view of building a broader and unique ecosystem for itself. It went on to expand the platform using various products such as Smartwatches, TVs etc.

As a matter of fact, Samsung’s Tizen OS is the leading Smart TV platform in a global term. With that said, the reason behind Samsung’s opting for Wear OS could be due to the lack of third-party apps for the Galaxy Watches.

In any case though, the company’s new watch which is rumored to be the Galaxy Watch Active 3/ Galaxy Watch 4 will likely get a blood sugar monitoring feature.

Thanks To A Spacecraft, We Can See The Sun More Closely!

Latest Ps5 hit by a bug