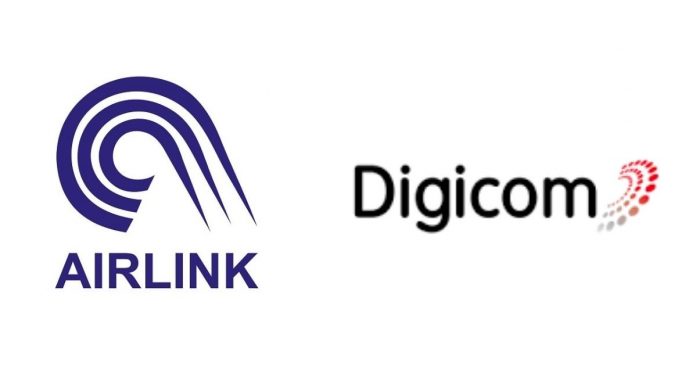 Airlink Communication Limited announced that it has partnered with Digicom Trading (Pvt) Limited to produce mobile devices and accessory products in Pakistan. In its report with the Pakistan Stock Exchange (PSX), Airlink announced that it had collaborated with Digicom to produce and distribute mobile phones and accessory products in Pakistan using the names QMobile, QSmart, MAXX QTab, and QTab.

Airlink Communication is one of the most prominent smartphone makers, retailers as well as distributors within Pakistan with the official rights to a variety of popular mobile brands, such as iPhone, Samsung, Huawei, Mi, TCL, Alcatel, Tecno, and iTel for the distribution of mobile phones and accessories in Pakistan.

Airlink also signed an agreement for distribution with realme, a Chinese phone manufacturer. The agreement covered a comprehensive collection of realme mobile phones and accessories IoT televisions, products and other devices in Pakistan along with Exert Tech (Private) Limited.

“In the past, Pakistan Telecommunication Authority (PTA) granted the manufacturing license for Select Technologies (Private) Limited, which is a wholly-owned company that is part of Airlink Communication that manufactures mobile devices made by selected brands’. This includes the manufacturing the Xiaomi cellphones in Pakistan”.

Airlink Communication Limited already can manufacture mobile-phone sets from Transsion Holding’s top brands i.e. Tecno & iTel. At the beginning of 2021 took its business public and raised around Rs 6.43 billion. Its initial Public Offering (IPO) was fully subscribed to by 1.6 times. In addition, Pakistan’s mobile manufacturing industry has seen substantial growth over the past few months.

Mobile phone sets manufactured locally by local manufacturing facilities reached more than double the import of mobile phones sold in the country in Jan-November 2021 when the production locally was recorded as 22.12 million, compared to imported mobile phones that were 9.95 million.

For the first 11 months of the current financial year, 1.48 million devices from QMobile were produced locally, compared to 3.45 million units produced in the entire financial year 2020. A i R L I K Communication Limited has agreed to sell Apple’s items throughout Pakistan by being an Apple Authorized Reseller.

According to the stock report filed on the Pakistan Stock Exchange, Airlink Communication Limited has signed the agreement of Apple South Asia Limited, which has been granted permission by the Apple company to sell Apple Authorized Products within Pakistan. Airlink Communication Limited operated 14 retail outlets, including five for each of Karachi and Lahore and two in Bahawalpur and two located in Hyderabad in Hyderabad and Multan.

Airlink operates a national distribution network that includes 16 regional hubs connected to over 1,000 wholesalers and more than 4,000 retailers that help in the sales across the country of mobile phones and their accessories. Airlink offered a wide range of products from a set price for a phone starting at Rs.1,250, up to a phone set cost of $360,000.

In present, Airlink mobile-phone sets distribution business operates 16 hubs throughout the country, with 1,000 dealers and 4,000 sellers covering around 90% of the market in Pakistan. In the year 2020 Airlink began the construction of a factory to manufacture the assembly of smartphones. It was a high-end facility equipped with the latest technology with skilled labor and foreign-trained trainers.

Air Link is the only company in Pakistan which is involved in manufacturing mobile phones distribution and direct retail sales in addition to sales and distribution for retailers. Air Link is currently working on the online-based retail channel, which is expected to increase once phones start selling in greater quantities.

After achieving phenomenal growth, Airlink was recognized as the best taxpayer distinction in Pakistan in the AOP category from the Federal Board of Reveue (FBR) several years ago and is now set to be the first company in the industry to be the industry go for an IPO.

Recently, the adviser to the Prime Minister in charge of Commerce and Investment, Abdul Razak Dawood was congratulated by Airlink Communications for playing an essential role in this process , and for exporting their first batch of local-made phones to UAE.

The Advisor noted that this is a modest start for the company, but it is an important milestone for Pakistan’s mobile phone sector. It would not be feasible without favorable government policies which have helped transform Pakistan from a mobile phone importer into an exporting nation.

The Finance Minister Shaukat Tarin is always talking about the importance of exports in growth. By diversifying and improving exports, we can tackle the nation’s economic challenges and make it self-reliant. Selling mobile handsets overseas is an excellent way to increase the basket of exports.

The initial shipment of 5,500 handsets handsets made in the company Inovi Telecom was only the beginning. We hope that the government will continue to provide assistance in this sector to increase its exports and generate significant foreign exchange earnings in the national economy, said Minister.

When it comes to exporting mobile sets, Pakistan targets Gulf countries where the majority of Pakistanis reside, along with Afghanistan, Iraq, Iran, and African countries. The local producers should be encouraged and offered incentives to ensure spare parts for mobile devices are also made in the country where they are made.

One Out of Every Two Smartphones Will Support 5G by End...