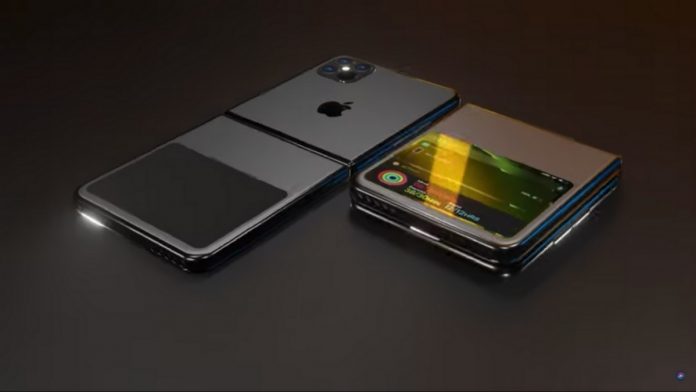 Tech giant Apple is in the process of announcing its first foldable smartphone and by the looks of it, the process will in fact continue until that of 2023 – when the company will finally launch its very own foldable solution. Various patents have also in fact been suggestive of the fact that the brand has been working to launch its foldable device ever since 2016 – but of course has failed to do so up until now. Also, in accordance with what industry experts actually suggest, the brand is actually working on two types of foldables, those whose upper as well as lower sides meet one another and those who right and left sides meet each other. All this in course is rather similar to what Samsung offers with its Galaxy Z Flip and its Galaxy Z Fold.

It is also being claimed then that both Apple and Samsung are co-developing a foldable OLED panel for the sake of the upcoming folding iPhone. The panel is actually rumored to be a 7.5-inch in-folding display which employs etching for a decrease in thickness. Indeed Apple’s very first foldable is expected to be a clamshell smartphone.

In accordance with market research firm going by the name of DSCC, Samsung Electronics’ share in the foldable market is expected to be 87 percent. And even after Apple makes its way to launch its very first foldable phone, it is unlikely that’s Samsung’s dominance will take a hit as experts suggest that even in this case, Samsung will end up retaining an 75 percent share within the market.